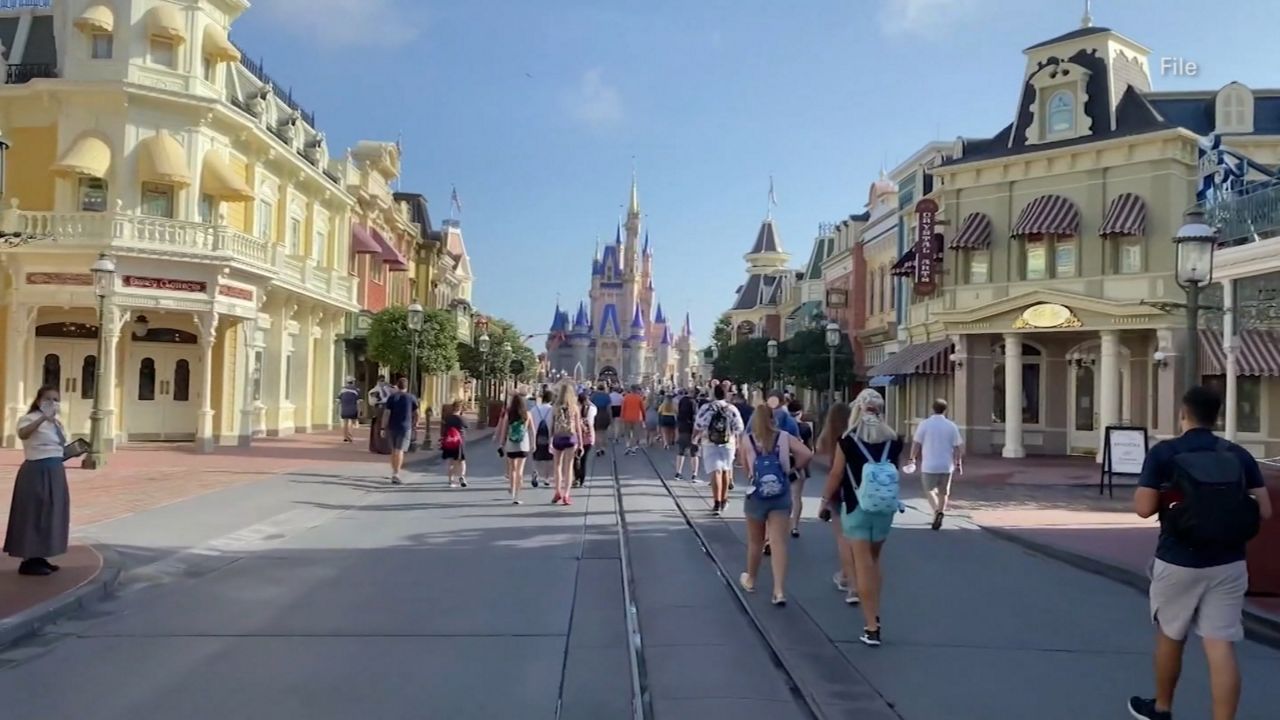 ORANGE COUNTY, Fla. — Florida Gov. Ron DeSantis’s order to progress to Phase 3 of the state’s reopening plans amid the pandemic stipulates that theme parks have the ability to increase capacity, though when that will happen is up to the parks.

DeSantis made the announcement on Friday, opening more businesses to fuller or full capacity while continuing to practice social distancing protocols.

Universal Orlando, SeaWorld Orlando, and Walt Disney World have been open for months but have been limiting the number of guests that come through their gates.

Kevin Murphy, a professor at the Rosen College of Hospitality Management, said the Friday announcement is big news for the Central Florida economy.

“Not only does it generate more revenue to the parks and staying at hotels using the airports, taxi, rental cars, but then also (they) have more employees coming back off unemployment,” he said. “They are getting back to spending money.”

“This whole thing has been devastating ​for all aspects of the industry, except for pizza and drive-thru,” he said.

While Murphy said more people going to the parks can help the economy, Disney passholders such as Caitlin Casavecchia had some concerns about the potential for bigger crowds.

She has gone to Disney World several times since its parks reopened and said it was great with not too many people, but that could change with bigger crowds.

“I wouldn’t feel as safe going to parks,” Casavecchia said. “I think there are too many people and not enough cast members (Disney employees) to make sure everyone is following the rules. And even with limited capacity, I have seen people choosing not be compliant.”

In a released statement, Disney said it’s not planning any immediate changes but is evaluating the governor’s executive order.

SeaWorld officials said they will “continue to evolve our procedures and manage capacity to maintain compliance with state and local government recommendation.”

Murphy said it will interesting to see what the future holds, but it will take time for businesses to get back to normal.