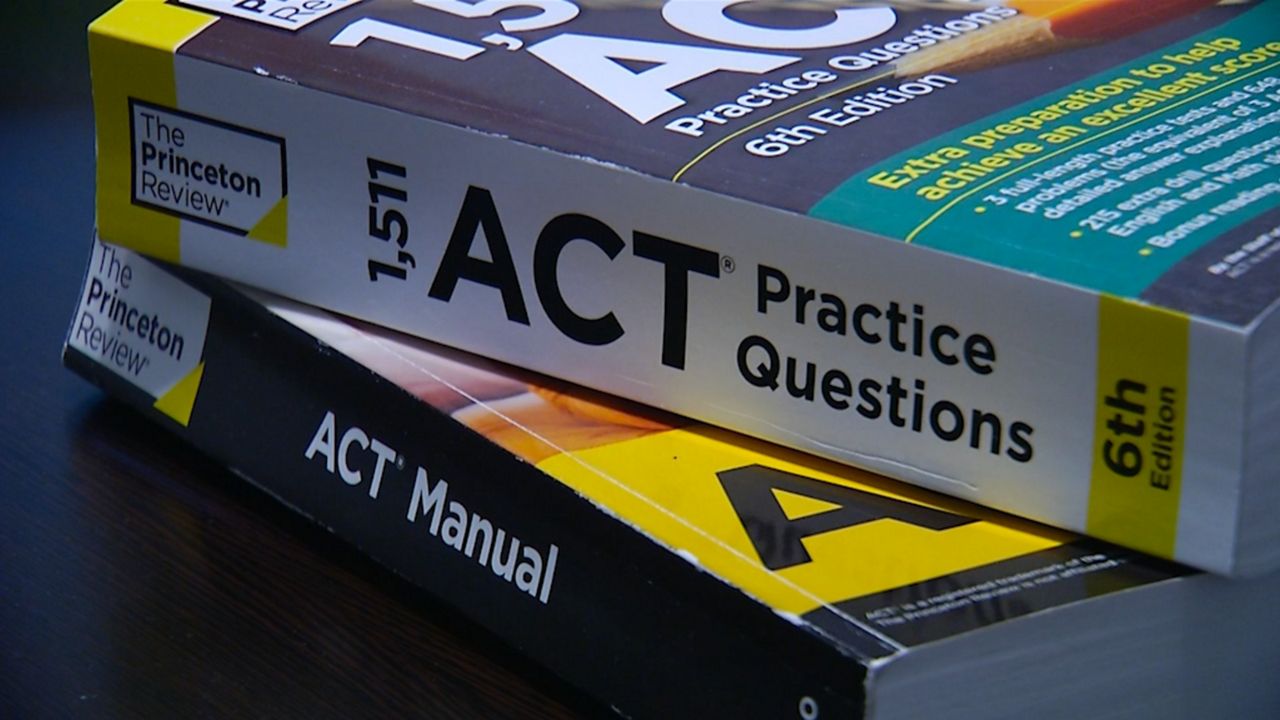 STATEWIDE — Thousands of students across Florida will now get more time to apply for a state scholarship that could cover the full cost of their college tuition.

Jake Kimpton is beginning his freshman year coursework at Valencia College so one day he can work his dream job as a video game programmer. But he’s also still preparing to take the ACT — something he should’ve had wrapped up before he graduated from high school.

“I think the best thing you can say now is, better late than never,” Kimpton said.

Kimpton originally thought he had run out of time while trying to apply for the scholarship. One of the requirements is a minimum score on the SAT or ACT.  He studied hard, hoping to improve his score. The better the score, the better the chance he could get up to 75 percent or 100 percent of his college tuition covered.

But the pandemic canceled many testing dates, leaving Kimpton unable to take the test. State education officials originally told Spectrum News 13 they couldn’t extend the scholarship deadline past July 31, which was already extended from an earlier deadline.

And even as late as last week, they sent Jake’s father a letter that indicated there would be no more deadline extensions.

“They said they weren’t responsible for the SAT schedules or the ACT schedules and that’s just the way it was,” Tim Kimpton said.

But on Tuesday, DeSantis announced he would extend the deadline to December 1.

Kimpton said the ACT has rescheduled several testing dates for this fall.

“Plenty of opportunities for me and all the other seniors who are in my position,” he said.

In fact, state data shows this extension could allow about 8,000 students across the state get the score they need to get the scholarship.

Kimpton enrolled at Valencia College and took out student loans to pay for it.

“The biggest thing I’m going to have to do now is find a job and start saving for those payments that are going to come after college,” Kimpton said.

But now he has renewed hope that a scholarship could still pay the way to his dream job.

“Plan for the worst and hope for the best,” Kimpton said.

Spectrum News 13 is checking with the Florida Department of Education to see how scholarship money will be paid to students who’ve already taken out loans or otherwise paid for the beginning of their higher education.

0 0 0 0
Previous : Lightning face off with Islanders in Game 1 of ECF Monday as quest for Stanely Cup continues
Next : Bloomingdale’s Flower Shop Still Struggling After Several Months Into the Pandemic Due to a Lack of Events