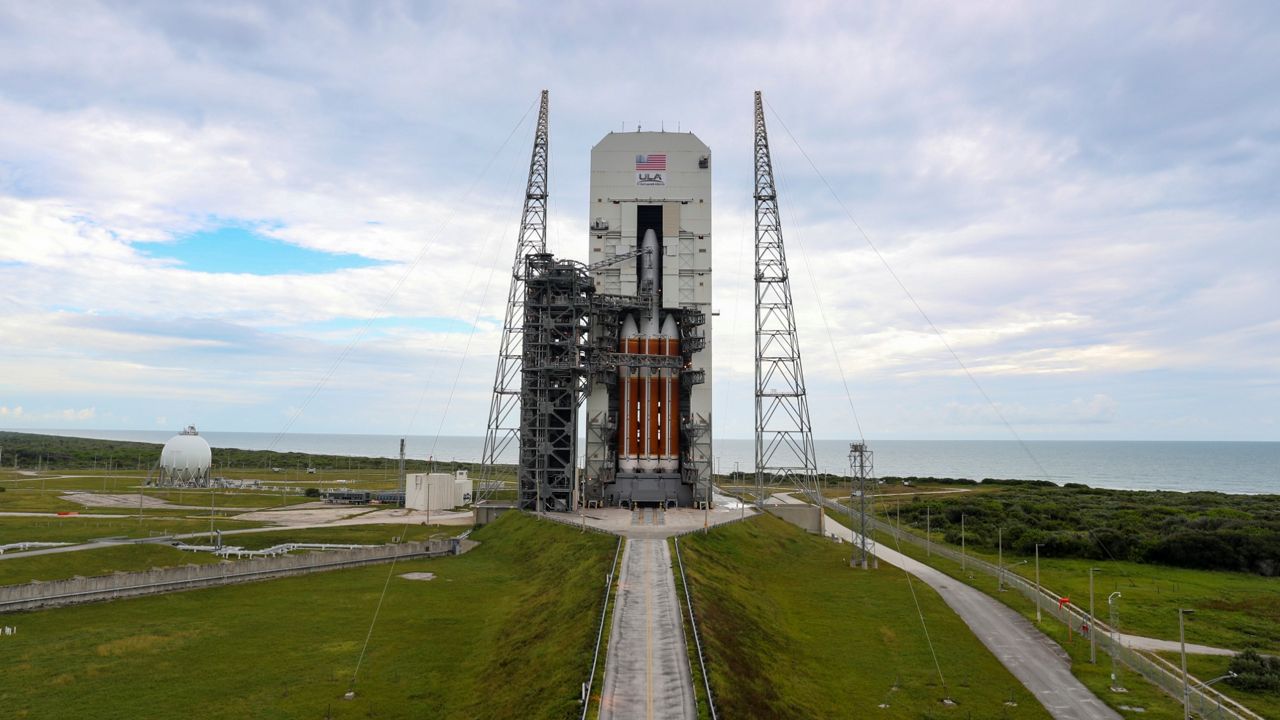 CAPE CANAVERAL AIR FORCE STATION, Fla. — Mission crews from United Launch Alliance and SpaceX are both preparing for launches from Florida’s Space Coast in the next few days.

A second attempt was scheduled for 12:02 a.m. EDT early Tuesday morning from Space Launch Complex 37 but was called off less than six hours before due to poor weather conditions at the launch site.

ULA set a third launch attempt for the Delta IV Heavy for 11:59 p.m. EDT Tuesday — which is just two hours after the scheduled launch of a SpaceX Falcon 9 rocket from Kennedy Space Center. That rocket, carrying a GPS satellite for the U.S. Space Force, was scheduled for 9:55 p.m. EDT Tuesday.

It’s likely that Falcon 9 rocket launch will now be pushed back due to the tight turnaround time of the two launches.

Another Falcon 9 launch that was supposed to blast off Monday morning with 60 Starlink satellites for SpaceX was pushed back due to poor weather conditions. A new date and time has not been announced.