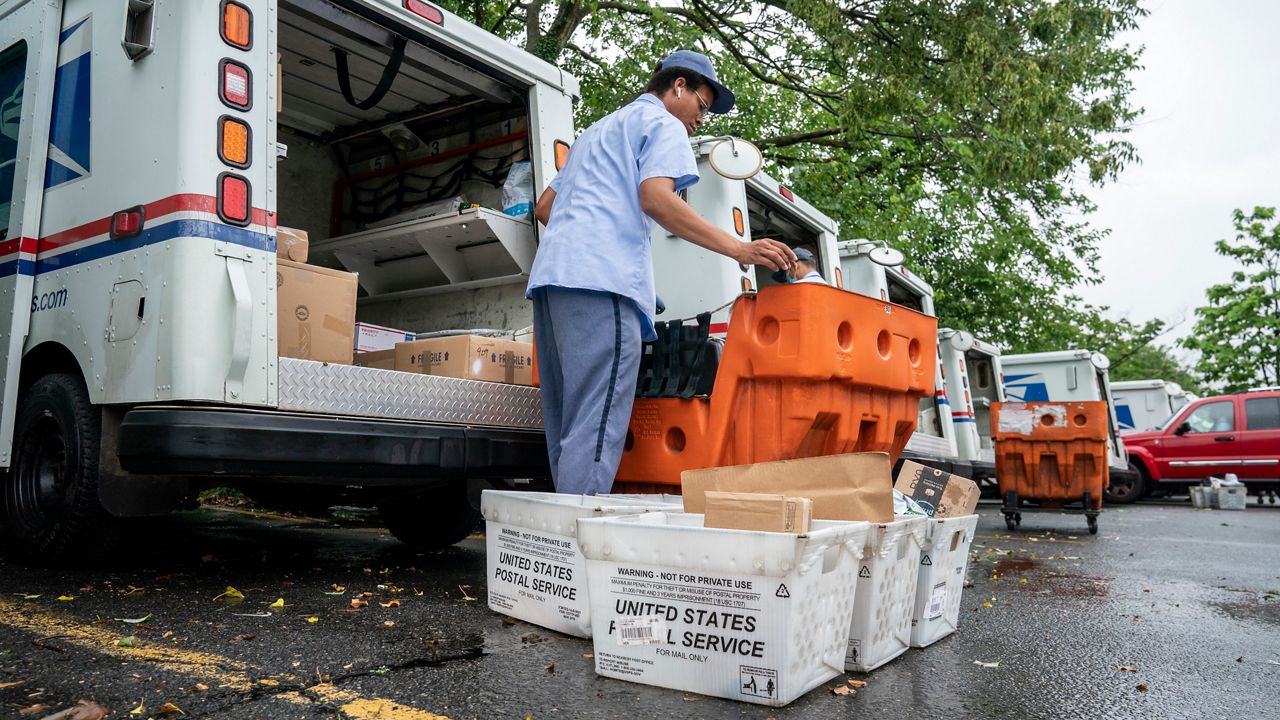 NATIONWIDE — The U.S. Postal Service is suspending the operational changes it recently implemented that were fueling fear about impacting mail-in voting in the upcoming presidential election.

Postmaster General Louis DeJoy released a statement Tuesday saying that at least through Election Day, retail hours at post offices will not change, mail-processing equipment and public-collection boxes will not be removed, processing facilities will remain open, and overtime will be approved as needed

“The Postal Service is ready today to handle whatever volume of election mail it receives this fall,” DeJoy said in the statement. “Even with the challenges of keeping our employees and customers safe and healthy as they operate amid a pandemic, we will deliver the nation’s election mail on time and within our well-established service standards. The American public should know that this is our number one priority between now and election day.”

DeJoy’s about-face comes as he and the agency were under intense pressure from Congress and some states, which were planning legal action, over the changes he made since taking over in June that were blamed for delaying mail deliveries.

Adding to fears, President Donald Trump, who has repeatedly railed against mail-in voting, said last week he would seek to block funding for the Postal Service, acknowledging that his position would make voting by mail during the pandemic more difficult. The president has said, without evidence, that widespread mail-in voting would lead to a fraudulent outcome.

DeJoy’s announcement came just before at least 20 states were reportedly planning to sue him and the USPS in a bid to undo his cutbacks at the agency.

The Washington Post reported that three separate lawsuits were in the works, two of which were expected to be announced Tuesday afternoon. The plaintiffs in one suit include Washington state, Maryland, Colorado, Connecticut, Illinois, Massachusetts, Michigan, Minnesota, New Mexico, Oregon, Rhode Island, Vermont, Virginia and Wisconsin. The other is being filed by Pennsylvania, California, Delaware, Maine, Massachusetts and North Carolina, among others. New York is planning a separate legal action, the newspaper said.

All the attorneys general involved are Democrats.

It’s unclear if those states will move forward with their suits following DeJoy’s announcement.

The lawsuits planned to argue that the Postal Service violated the law by making operational changes without the approval of the Postal Regulatory Commission and that those changes would have hampered states’ efforts to run free and fair elections, the Post reported.

“We’re trying to stop Trump’s attacks on the Postal Service, which we believe to be an attack on the integrity of election. It’s a straight-up attack on democracy,” Maryland Attorney General Brian Frosh told the newspaper. “This conduct is illegal. It’s unconstitutional.”

Last week, the USPS sent letters to 46 states and the District of Columbia warning them that they cannot guarantee all ballots sent by mail will be counted.

The House of Representatives is expected to vote Saturday on a bill that would also seek to roll back changes made at the Postal Service since Jan. 1. DeJoy, meanwhile, has agreed to testify before the House Oversight Committee and the Senate Homeland Security and Governmental Affairs Committee.