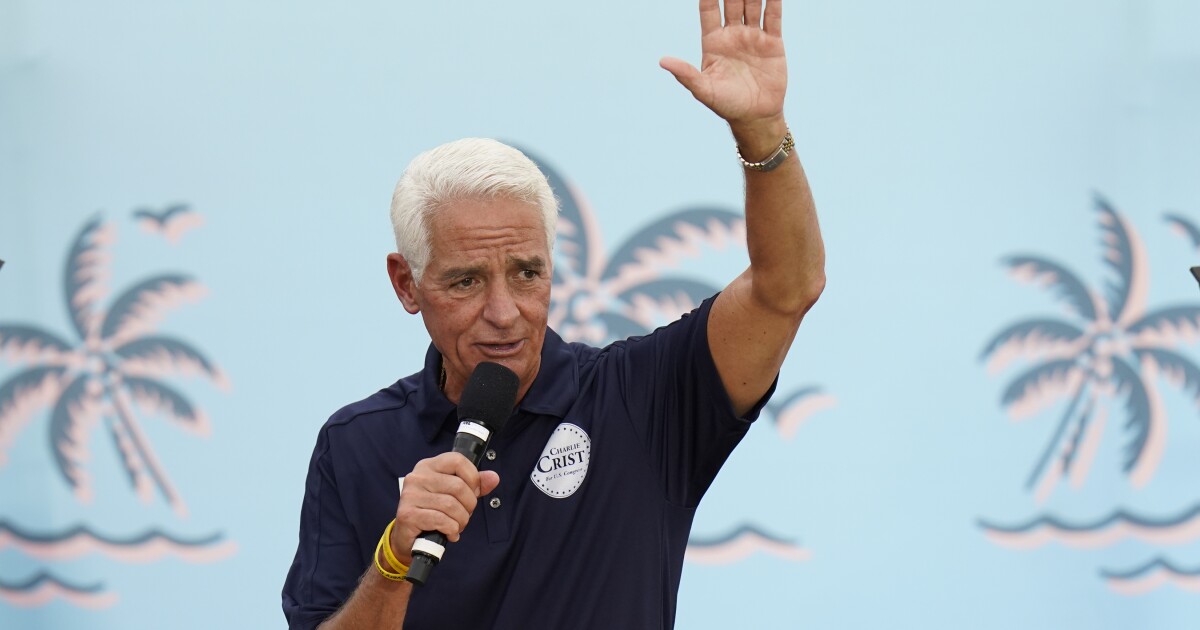 Crist announced the bid on Twitter Tuesday morning ahead of a scheduled press conference in his hometown of St. Petersburg where he was set to make a “major announcement.”

Crist was expected to announce the bid for governor at the 11 a.m. press conference. He is still expected to speak around 11:30 a.m.

Crist previously served as Florida’s governor from 2007 to 2011 as a Republican. Crist then switched his affiliation to Independent then to Democrat.

Governor Ron DeSantis was also in St. Petersburg this week. On Monday he signed an executive order that invalidates local emergency orders and COVID-19 restrictions.

“It not only reigns in the ability of local governments to do this stuff. It provides more check against the state which I fully support,” said DeSantis.

Crist released a statement criticizing the move by DeSantis and said the governor failed to lead the state during the pandemic.

“Governor DeSantis’s actions today strip local leaders of their ability to make decisions that protect their citizens. It’s government overreach at its worst. Governor DeSantis is enabling the spread of the coronavirus while Florida is seeing 5,000 new cases of coronavirus daily and nearly 36,000 people tragically lost.

Governor DeSantis failed to lead during the pandemic, leaving local officials as the last line of defense against the pandemic, forcing them to make the hard decisions to save lives. This is a continuation of that immoral lack of leadership, and another reason why he doesn’t deserve to be re-elected.”

Crist won his re-election campaign to the U.S. House in Florida’s 13th Congressional District in November.