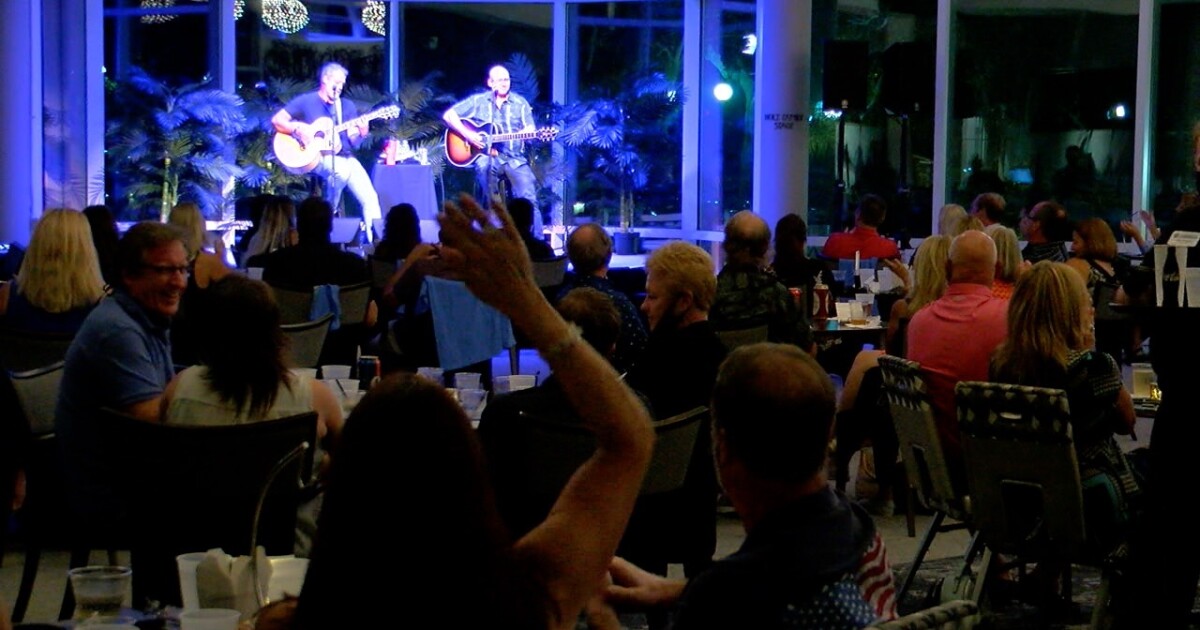 CLEARWATER, Fla. — Concerts at Ruth Eckerd Hall are starting back up, but there will be some changes.

Michelle Brooks and her friends are ready.

“Its kind of life has to continue to go on and we want to have fun. And we want to support the arts,” she said.

They were at Ruth Eckerd Hall in Clearwater for one of the venue’s cabaret-style shows.

Ken Block and Drew Copeland of the band “Sister Hazel” are set to play for four nights in Clearwater. It’s their first performance in months.

“He and I this coming March will be 30 years we’ve been playing together and this is the longest in all of that time that we’ve ever gone without doing a show,” said Copeland.

“I’m actually one of those guys that has some scar tissues in my lungs so I have to be really, really careful. So when they brought this in I thought let’s see what it is. As soon as we saw it we said that needs to be the model for everyone,” said Block.

The shows are sold by tables of four, with at least six feet between them.

There are also temperature checks and servers with masks who will bring food and drinks to you.

“We are getting smarter with how to make it safer. I think people are getting more comfortable certainly as the numbers go down,” said Ruth Eckerd Hall CEO Susan Crockett.

Other venues are also making plans to open back up.

The Straz Center will start concerts with an outdoor show in October.

Ruth Eckerd does have shows planned for its big theater later in the year at limited capacity.

“We are trying to be smart about it and we don’t rush into anything. But we also know that somebody’s got to take that first step,” said Crockett.

Most of the intimate shows at Ruth Eckerd sold out quickly.

0 0 0 0
Previous : Alzheimer’s Family Organization Closes Location Due to COVID; Hopes to Raise $200K
Next : No charges for painters of ‘Back the Blue’ mural in Tampa, State Attorney’s Office says