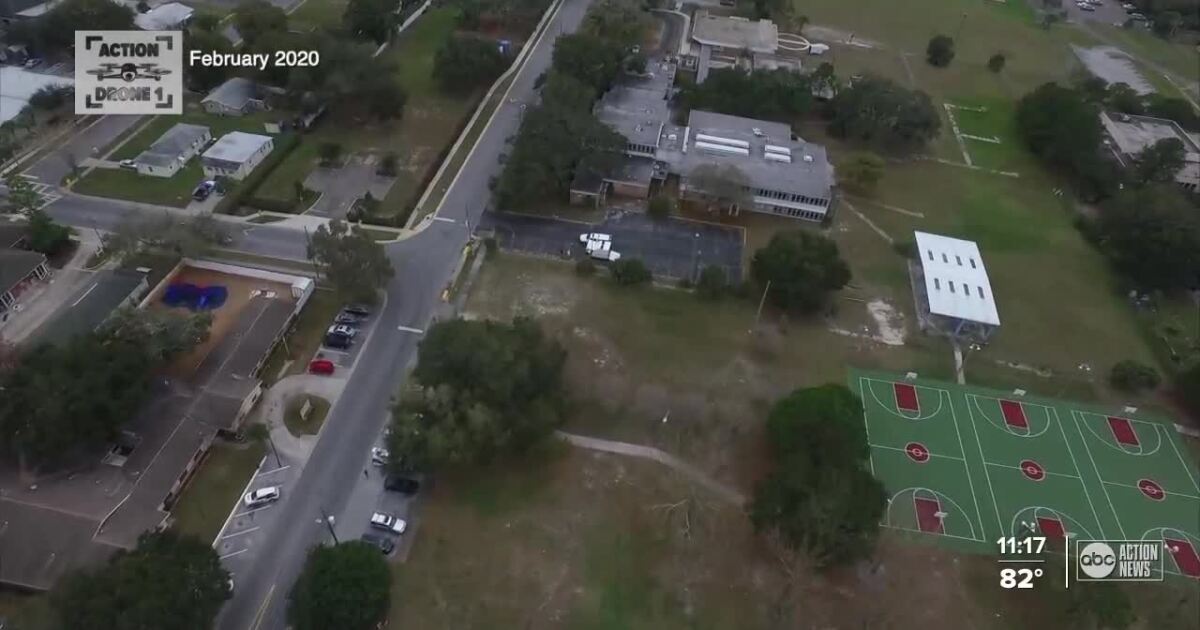 CLEARWATER, Fla. — A search for lost African-American cemeteries in Clearwater has led archaeologists to find dozens of possible graves at two sites in the city.

On Monday, the NAACP Clearwater/Upper Pinellas County branch of the NAACP hosted a virtual meeting to allow archaeologists to present their findings and seek input from the community on what the neighbors would like to see happen next.

Archaeologists with the Florida Public Archaeology Network say in the early 1900s, St. Matthews Baptist Church purchased a cemetery away from the church near several other Black churches at the time, in the area known as Clearwater Heights. Today, the property includes the FrankCrum property on Missouri Avenue.

Archeologists say in the 1950s, erasure started to happen. Articles detail efforts from the city to pave and improve streets, including in the African-American neighborhood, and charging property owners for it or that they would face liens.

Documents show the church sold the property to developers in the 1950s, archaeologists say likely to pay off the lien and for church improvements. The owners then sold it again two years later for a large profit.

“The topic of the cemetery would always come up and we kind of talked about it, because I guess then it was like a wive’s tale or something, stories that had been passed along to the community passed on through the years,” said Barbara Sorey Love, the chairperson of the Clearwater Heights Reunion Committee.

She said when a member’s relative was tracing their family believed to be moved from the cemetery to one in Dunedin, she wasn’t able to find her grandfather. They started asking questions, turning to the Clearwater Historical Society and NAACP Clearwater Upper Pinellas County Branch.

“We met people from the City of Clearwater there, who had maps and the map showed there was a cemetery there where the school is now,” she said. “The community Heights cemetery there was an area map but it didn’t show the cemetery that is what made our research so intriguing.”

The Crums worked with the organizations and allowed the property to be scanned in January, which turned up no signs of remains. But archaeologists say they later found a document indicating coordinates for the cemetery.

The Crums allowed another scan, which archaeologists say revealed 70 possible graves. They say there is a potential for possibly under Missouri Avenue, but that area wasn’t surveyed. They also found more than 500 names of people who may have been buried at the cemetery, but more research is needed to confirm who is now buried there and who was moved to other area cemeteries.

Research led them to a property at Holt and Engman avenues, where they believed some graves were moved to the North Greenwood Cemetery.

According to the city and the Pinellas County School District officials, in the 1950s, there was a land swap to make way for a city swimming pool. The district swapping land was contingent that all the graves were removed. Later on, the school district built what was then known as Palmetto Elementary and later on Curtis Fundamental, which was relocated.

The building hasn’t housed a school for about 15 years. It prompted a relocation of the graves, but archaeologists say all may not have been moved or may not have had markers.

The firm, Cardno, is leading the search for graves on the site. The project manager said they found 54 coffin-like objects, as well as several areas of possible graves and possible disturbance. They’re working to identify the boundaries of the site.

“It’s sad. It’s a tragedy. And to realize that graveyards were disrespected — for lack of a better term, right now — just shows the travesty and tragedy that has happened to African Americans,” Sorey Love said.

Now, the NAACP is seeking feedback from the community on what they’d like to see happen next before they make their requests on the next steps.

“We are hoping to improve the City of Clearwater moving forward for all its citizens,” she said.

“If you think there’s a problem still if you could think it keep saying it and then raise it until something gets done the squeaky wheel is the one that gets the oil not the one that’s spinning nice and free,” said Atkinson.