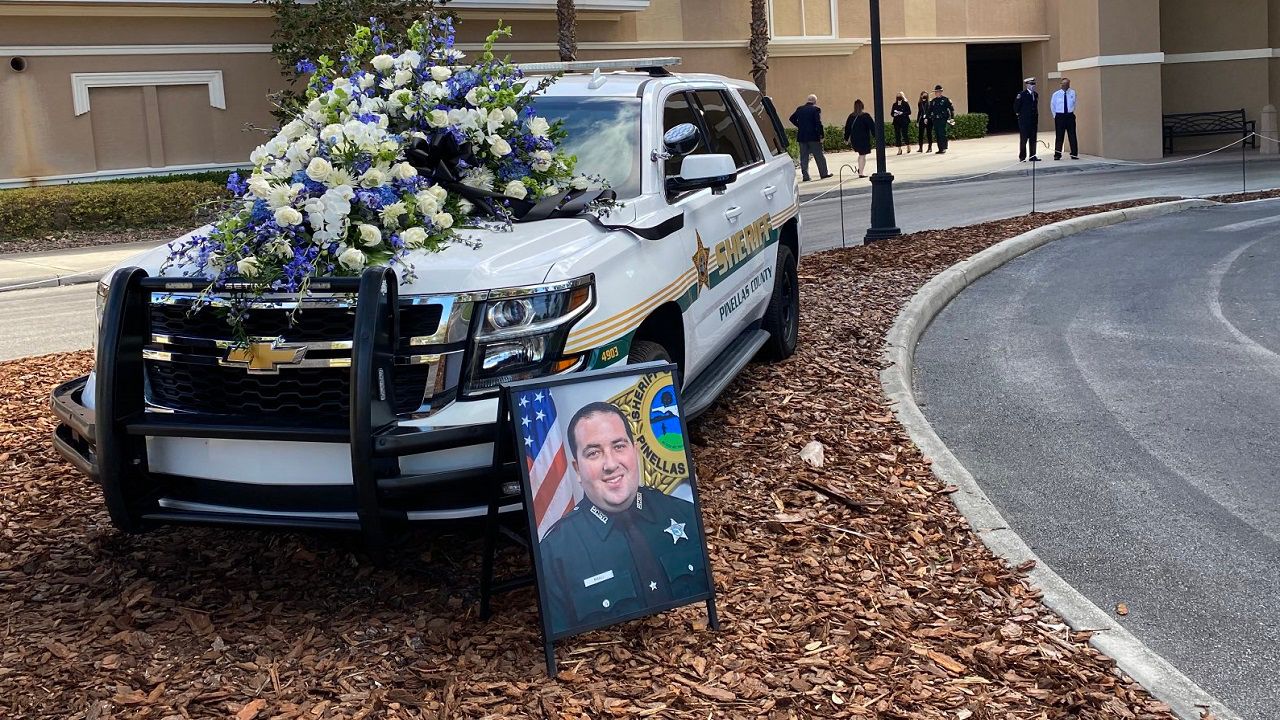 Magli’s funeral is taking place Tuesday. He is the first deputy killed in the line of duty in the agency’s history.

He leaves behind his wife, two young daughters, and an entire sheriff’s office grieving his loss.

Magli was deploying stops sticks out into East Lake Road in Tarpon Springs Feb. 17 when the drunk driver lost control, crashed into Magli’s cruiser in the median, trapping him underneath it.

Donations can also be made to the Deputy Michael J. Magli Memorial Fund. Those interested in donating are asked to visit any SunTrust banking location to contribute.

0 0 0 0
Previous : A+ Teacher: Making Sure None Of Her VPK Kids Fall Behind
Next : Capitol Officer Says Jan. 6 Was “By Far The Worst of the Worst” Day She’s Faced on Duty