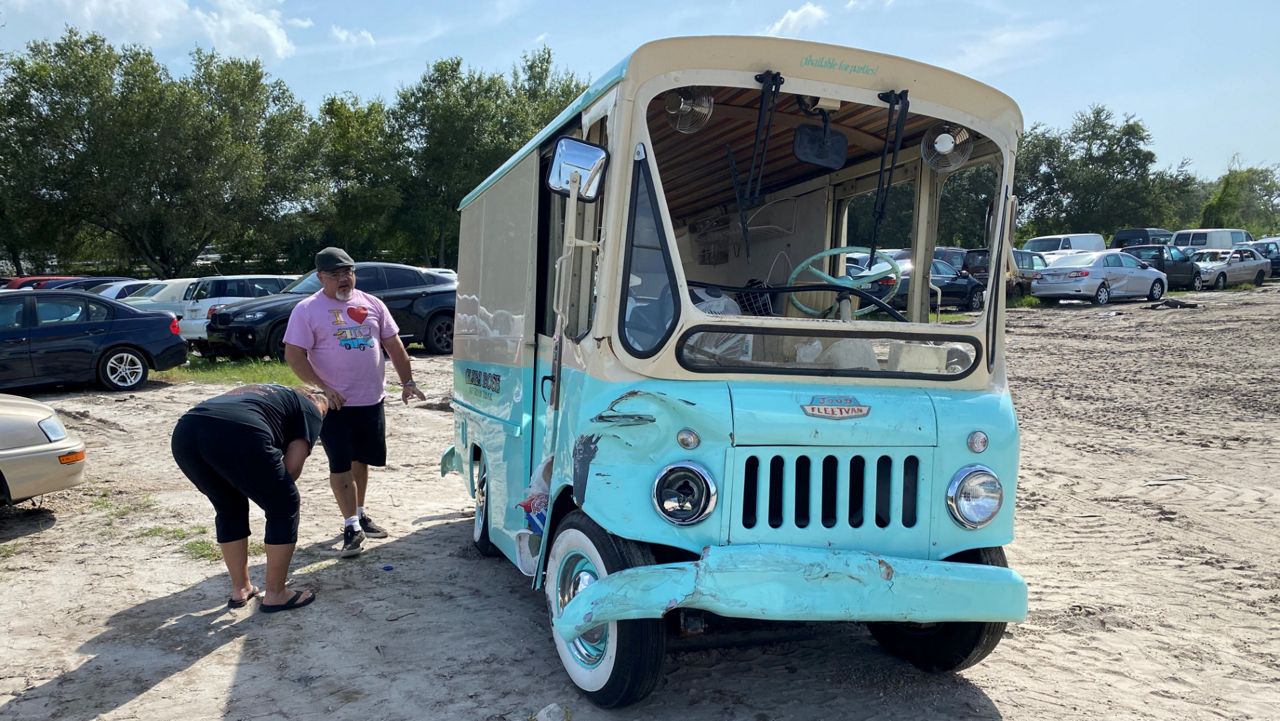 PINELLAS COUNTY, Fla. —  Carlos Velez’s Clara Rose Ice Cream Truck is a real wreck right now, but he said he hopes to get back in business.

Velez’s vintage 1964 Jeep Fleetvan was involved in an accident last weekend that might have left his vintage ice cream truck totaled.

Velez, a former Pinellas County corrections officer who quit his job and invested his retirement money into refurbishing the van to create the business, said he was on his way to a 5-year-old’s birthday party at the time of the crash.

“I did a little walk around [the truck],“ Velez said, “and she’s twisted from front to back.”

So now Velez is trying to piece his small business together again — because his family depended on it.

A GoFundMe account has been set up to help Velez pay the repair expenses. As of Friday night, more than $11,000 of the $40,000 goal had been raised.

“It’s my life,” Velez said. “It’s been kind of like a therapy for me since leaving the jail as a deputy.”