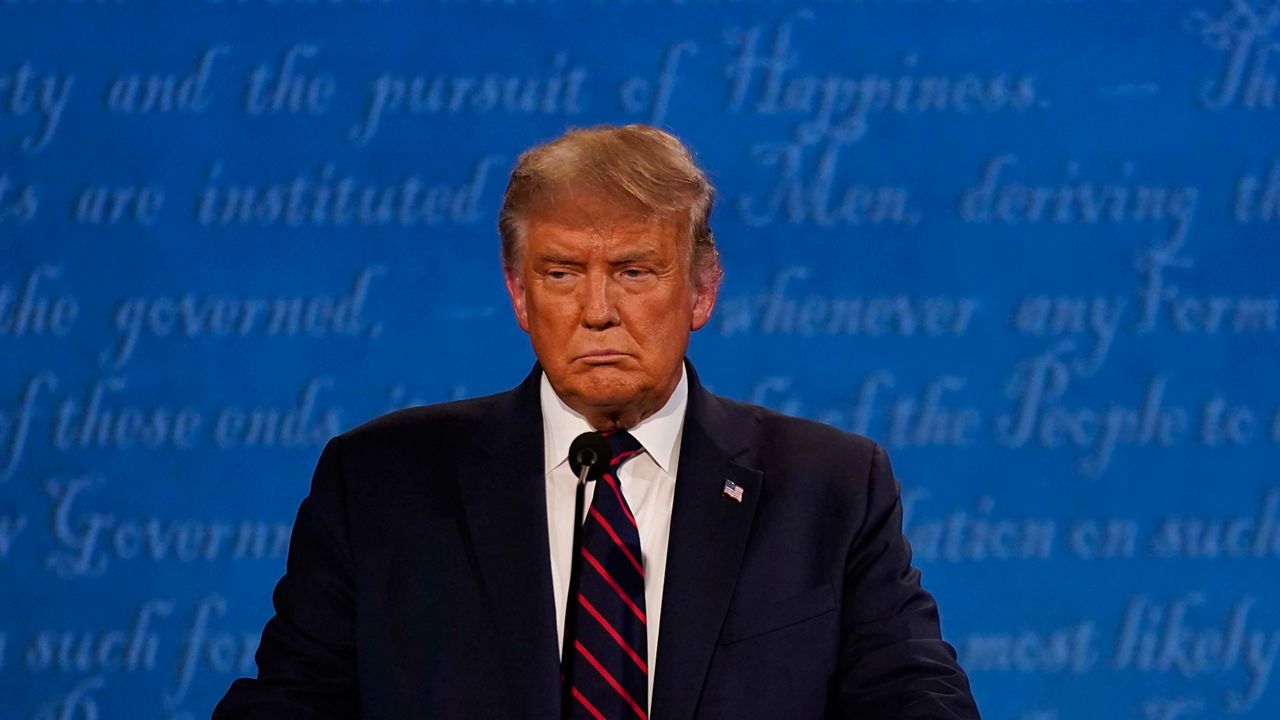 DURHAM, N.C. — During Tuesday night’s debate, President Donald Trump again attempted to cast doubt on the election process. He suggested his supporters to “go into the polls and watch very carefully” during the date with Joe Biden.

After watching the debate, Judith Kelley, dean of Duke University’s Sanford School of Public Policy, said, “This is the kind of comment we would expect in a more authoritarian environment, certainly not in a country that purports to be a beacon of democracy.”

Kelly, who has worked as an international election observer, said, “Trump’s urging is not only inconsistent with the guidelines under which we operate free and fair elections, they can outright contribute to an atmosphere of voter intimidation.”

“I hope it’s going to be a fair election,” Trump said during the debate. “If it’s a fair election, I am 100% on board. But if I see tens of thousands of ballots being manipulated? I can’t go along with that.”

At another point during the debate, Trump told the Proud Boys, a hate group known for violence, to “stand back and stand by.”

For the president to say that the elections are fraudulent, “is unprecedented in a democracy,” Kelly told Spectrum News 1. “Leaders in a democracy would normally try to assure voters about the integrity of the election process,” Kelly said in an email.

“Calling out fraud before the election has been conducted and without presenting any evidence contributes to the undermining of confidence in the election — a tactic that observers normally would interpret as an attempt at voter suppression,” she said.

If people lose confidence in the process, they are less likely to vote, Kelly explained.

The bottom line, Kelly said, is that Trump, by questioning the integrity of the election, “is indirectly engaging in both voter intimidation and voter suppression. That is not the hallmark of a modern democracy.”

Before the debate on Tuesday, Kelly and Sue Gordon, a former deputy director of national intelligence who teaches political science and public policy at Duke, briefed reporters on threats to the election this year.

She imagined the United States’ adversaries, including Russia: “They’re sitting back and going, ‘Yes! We have achieved our aim.’”

“It actually looks like we’re telling people our system is not trustworthy,” Gordon said.

“The greatest threat to America right now is that we won’t believe in ourselves,” Gordon said. “This democracy thing is hard and one of the things that it is predicated on is believing you have the right idea of freedom and justice and transparency.”

But if people can’t trust the FBI or the Centers for Disease Control and Prevention or even our neighbors, she said, “if we start believing we are fundamentally not good … that will erode our confidence.”

“Particularly at a time when the world is changing so much, in times of chaos, totalitarianism looks attractive to people who can’t tolerate uncertainty,” Gordon said.

“To keep our Democracy alive, it is so important that we don’t malign each other. The polarization we’ve seen is playing right into this,” Kelly said during the briefing, “If we start to get into this mindset that whatever party we don’t belong to, that the other party is evil, we are also undermining Democracy.”