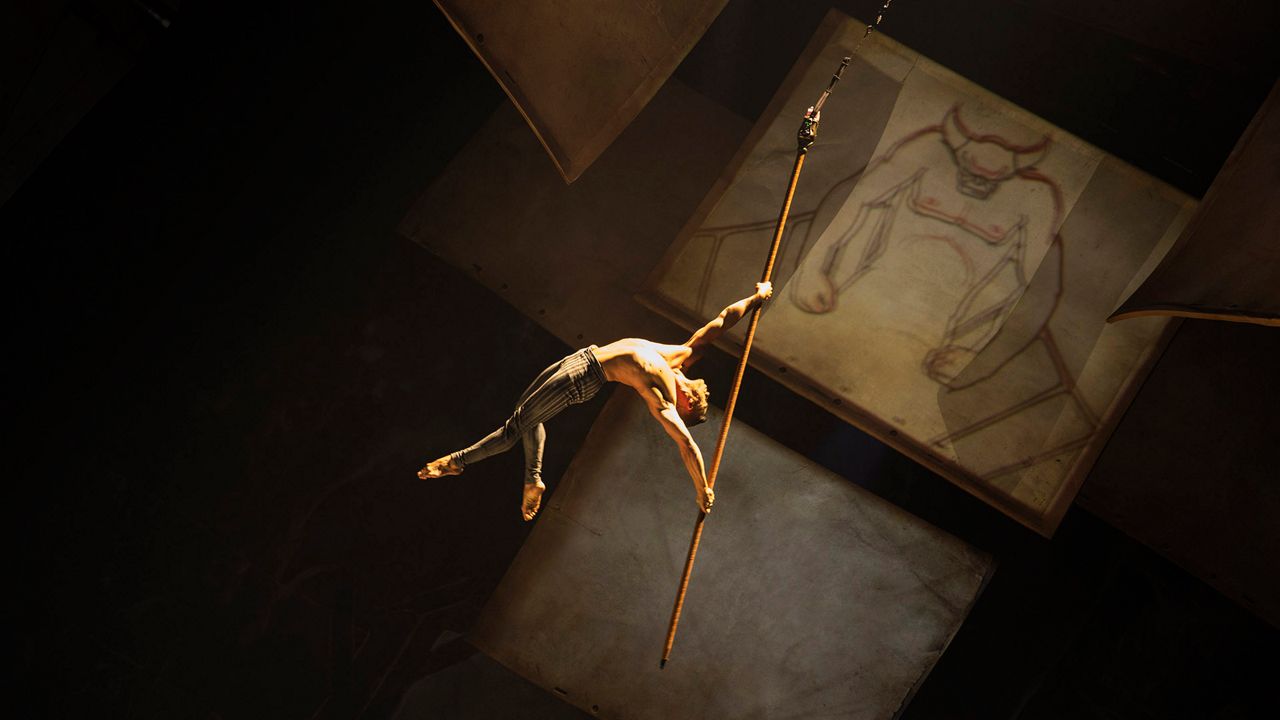 ORLANDO, Fla. – Cirque du Soleil has pushed back the debut of its new show, Drawn to Life.

The show was originally set to begin performances at Disney Springs in April before the pandemic caused it to be put on hold.

Although a new opening date has not been announced, performances that were scheduled for November through January have been removed from Cirque du Soleil’s ticketing website.

“We are evaluating the timing for the opening of Drawn to Life based on guidance from government and health organizations,” a Cirque du Soleil spokeswoman said in an email to Spectrum News.

For now, tickets are available for performances that start on February 10.

People who purchased tickets for canceled dates are being notified and given the chance to rebook.

Drawn to Life, which is billed as a “love letter to the art of Disney animation,” blends live performers with images and music from Disney’s animated films. Disney shared a brief preview of the show in March ahead of the original debut date.

Drawn to Life replaces La Nouba, which permanently closed in 2017.