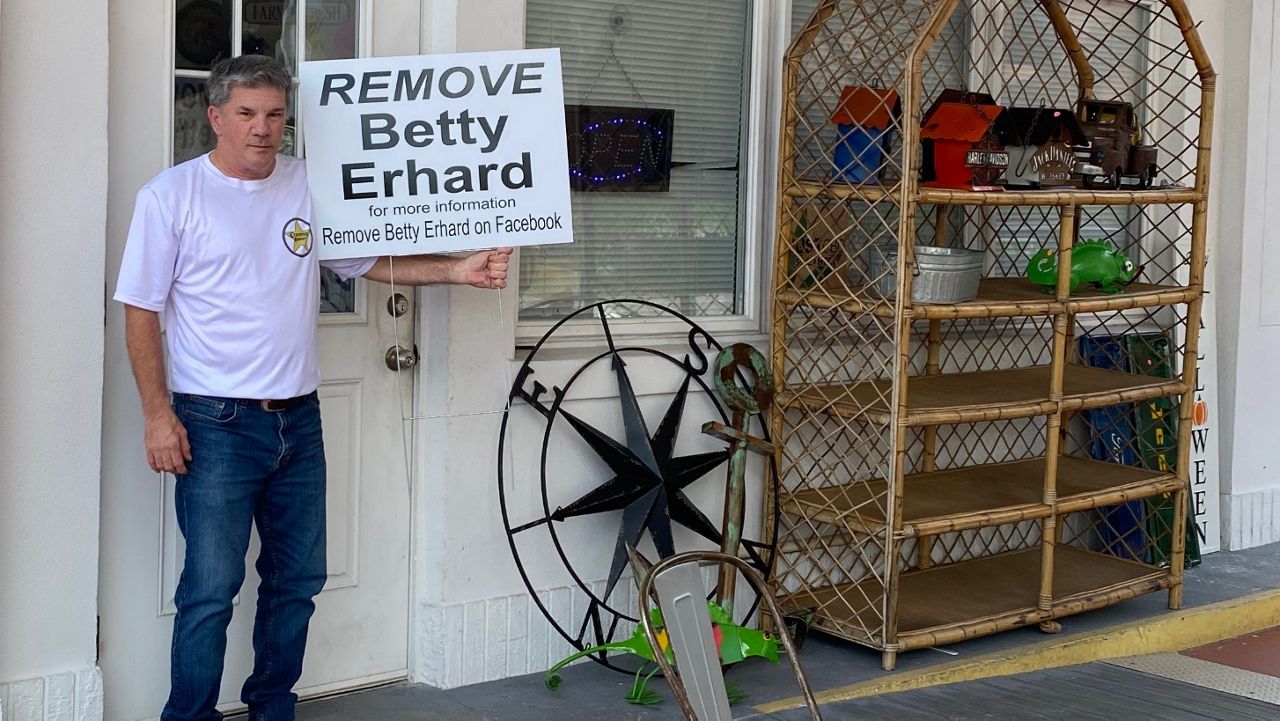 BROOKSVILLE, Fla. – A business owner in Downtown Brooksville is starting a recall petition to have a City Council member removed from her seat following a social media outburst over the weekend.

In several messages on a Facebook page that has now been taken down, City Councilwoman Betty Erhard called for a boycott for all local businesses who are in support of the Brookville Main Street Program.

Coney Island Drive-Inn owner John Lee said, “They went as far as to call, label some of us, including the mayor and the vice mayor, as scum in a Facebook post.”

In a public Facebook message, Erhard is seen referring to the Brooksville area as Crooksville, something longtime Brookville natives and longtime business owners like Lee are angry about.

“It’s disgusting that an elected official would take a swing at the business community, unbelievable, unheard of,” he continued to say.

In a text message sent to Spectrum Bay News 9 reporter Katya Guillaume just before 3 p.m. Friday, the city councilwoman apologized to all the businesses in the city of Brooksville. She said, “I hope the businesses will forgive me for my poor judgement.”

“We all know that the mic is always on,” Brooksville Mayor Joe Bernardini added.

The mayor said the only way the Council can vote a member out of office is if he or she violate one of four rules: They commit a felony, they miss a certain number of meetings in six months, they are unable to preform their duty or if they move out of the city. Bernardini mentioned that Erhard has not violated any of those rules.

“Citizens can remove a sitting City Council person through a recall petition,” the mayor said. For that to happen, at least 10 percent of the about 4,600 voters in Brooksville must sign the petition within 30 days the first signature is received. Lee said the process to start the recall will start in the next few days.

Businesses are already putting up signs calling for citizens to sign the petition and have her removed.

0 0 0 0
Previous : Uber will require riders to take a mask-wearing selfie if a driver reports them not wearing one
Next : Local entertainment venues, without pandemic relief funds, struggle to make ends meet