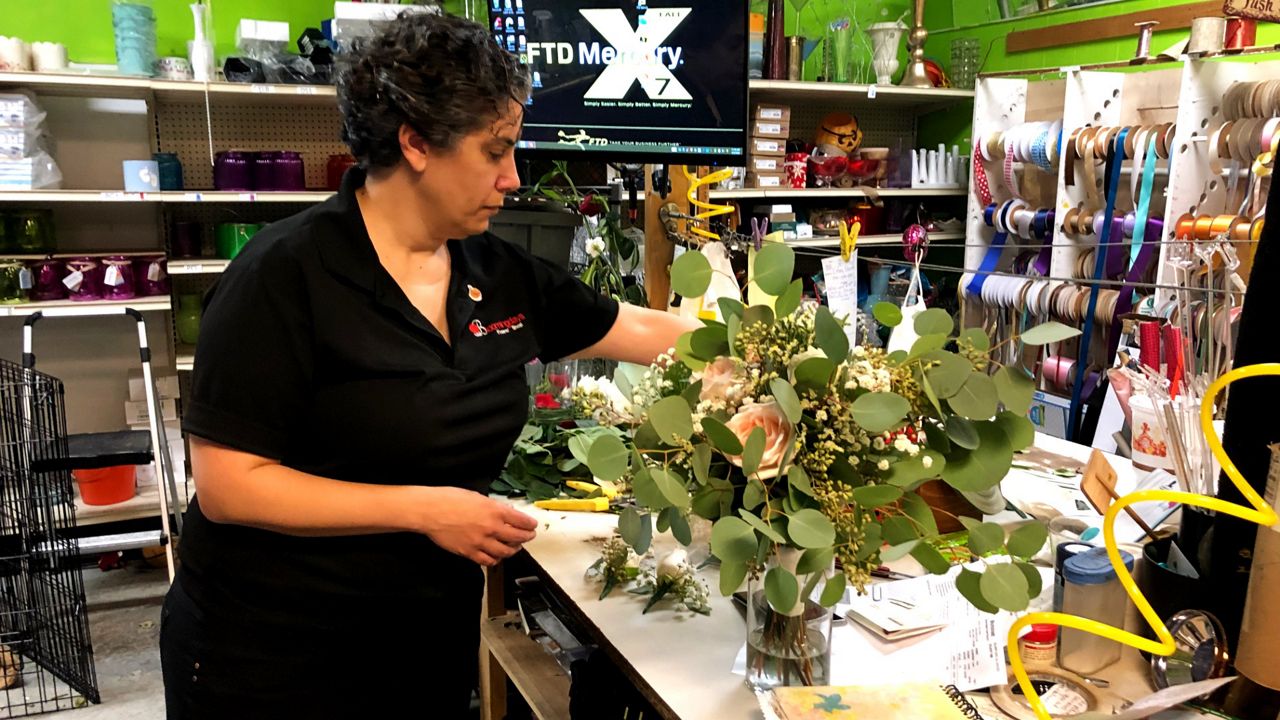 TAMPA, Fla. — When nearly every business was forced to close in March because of coronavirus, nobody knew how long closures would last, or the financial impact for businesses.

Spectrum Bay News 9’s Ashley Paul is checking in with Bloomingday’s Flower Shop in Tampa to see how things have changed.

For owner Christine Vasconcelo, the last few months haven’t been very joyous at all.

Now a few months later, where do things stand?

Vasconcelo said for an event industry as a whole — it’s bad.

She said she no longer has staff. She’s running the shop alone, seven days a week, just to try to stay afloat.

Vasconcelo said she’s cut costs as much as possible, but still, she said the next few months are looking bleak.

“For us, December is huge for events, but there’s no Christmas parties, no events going on, corporate parties, just people having parties at their house. It looks like we’re just going to finish the year and start of January fresh and pray for the best,” she expressed.

Vasconcelo’s next big event isn’t scheduled until March, and who knows if things will improve by then.

“There’s nothing else to do other than close and that’s not really what I want to do. Nobody wants to do that. But if things don’t pick up, it’s bad. It’s just really bad,” she said.

Vasconcelo is relying on the community to shop local and help support busniesses that are in dire need. With the community’s help, she hopes busineeses will blossom again.