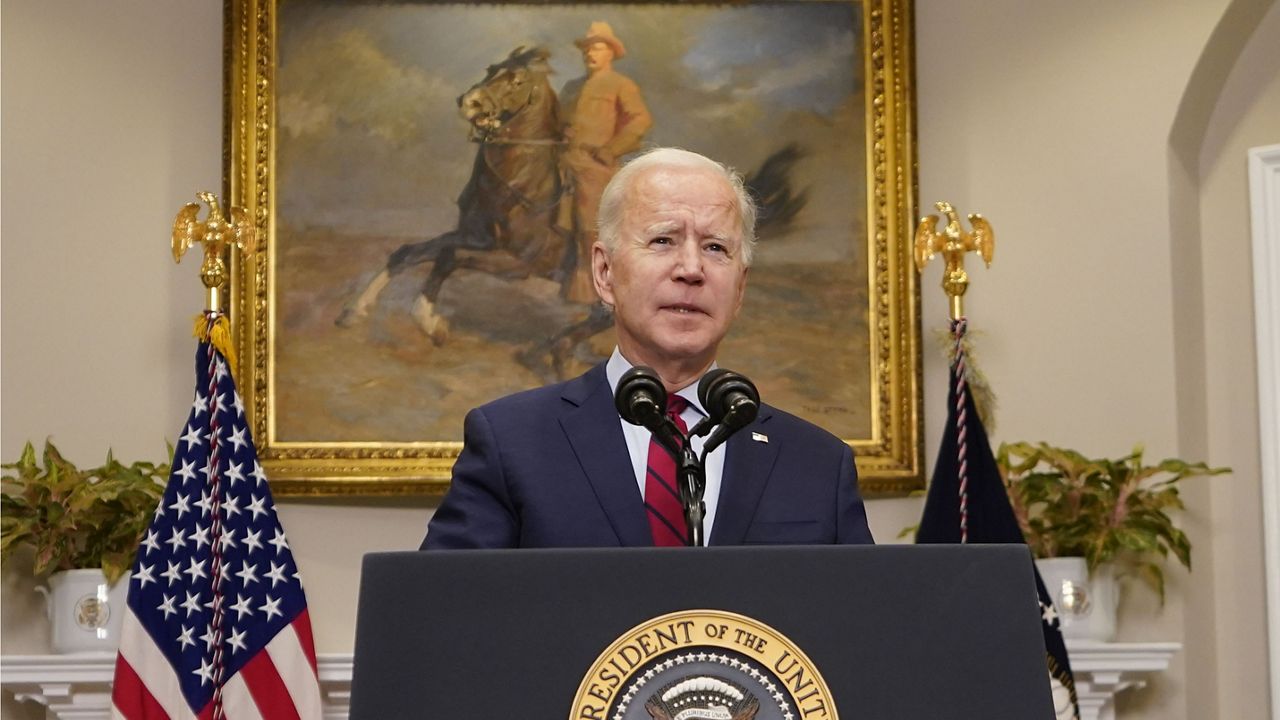 President Biden addressed the nation Saturday morning after the bill was passed, thanking House Speaker Nancy Pelosi (D-CA) and the members of the House who supported the American Rescue Plan.

Biden added that he hopes the Senate acts quickly to pass the measure: “We have no time to waste.”

“If we act now – decisively, quickly, and boldly,” Biden said, “we can finally get ahead of this virus, we can finally get our economy moving again, and the people of this country have suffered far too much for too long. We need to relieve that suffering.”

“The American Rescue Plan does just that, it relieves the suffering, and it’s time to act,” Biden concluded.

The measure passed after about 17 hours of debate, discussion, and votes on amendments, Rep. Joe Neguse (D-CO) pointed out on Twitter.

Democratic Reps. Kurt Schrader (D-OR) and Jared Golden (D-ME) joined the entire Republican caucus in opposing the bill, highlighting the razor-thin margins by which Democrats have to pass President Biden’s legislative agenda – a 50-50 Senate majority and 10 votes in the House.

In a statement issued after the vote, Golden explained the decision behind his vote against the bill, which would extend federal unemployment benefits, provide direct funding to small businesses,increase the child tax credit, deliver aid to state and local governments, and provide additional funding for reopening schools and vaccine distribution.

Golden said that he supports “portions of the bill wholeheartedly,” specifically noting extending unemployment benefits, and believes “we should do more for the people hardest hit by the pandemic,” but “the path congressional leaders have chosen goes far beyond these key provisions, to the tune of hundreds of billions of dollars.”

“After supporting $4 trillion in emergency COVID relief in 2020, I won’t support trillions more in funding that is poorly targeted or in many cases not necessary at this moment in time,” he added.

“Between the money spent in 2020 and today’s package, we are already nearing $6 trillion in new spending in less than one year,” Golden wrote. “This amount of new spending is unprecedented since World War II. It’s not unreasonable to take a step back and ask ourselves if we are making every dollar count and picking the right priorities.”

Ohio Rep. Tim Ryan called the bill a “relief package that meets the moment,” adding in a statement that “financial assistance and public health investments secured in this bill will help our families, our schools, and our state and local governments get back to normal.”

“This is what America needs,” Rep. Maxine Waters (D-CA) said. “Republicans, you ought to be a part of this. But if you’re not, we’re going without you.”

“Disappointed that zero Republicans voted to provide support to Americans struggling across our country,” Rep. Ilhan Omar (D-MN) added. “We now wait to see what happens to the bill in the Senate next week.”

Republicans criticized the measure, arguing that the bill is too expensive and lambasting it as a “liberal wish list,” to quote a phrase oft-used by House Minority Whip Rep. Steve Scalise (R-LA).

The leading Republican in the Senate, Minority Leader Mitch McConnell (R-KY) echoed the sentiments of his House counterparts, criticizing what he claims is a lack of cooperation between the White House and Senate Republicans: “The House’s partisan vote reflects a deliberately partisan process and a missed opportunity to meet Americans’ needs.”

The bill now heads to the Senate, where the body’s parliamentarian ruled this week that an increase of the federal minimum wage to $15 can not be included in the relief bill. The measure would increase the federal minimum wage, which has been sitting at $7.25 since 2009, to $15 by 2025, a major policy point favored by progressives but maligned by centrists. The House’s version of the bill includes the minimum wage increase, and it is unclear how the issue will be resolved.

Senate Majority Leader Chuck Schumer (D-NY) is considering adding an amendment to the Senate version of the bill that would penalize large companies that do not pay workers at least $15 an hour, a senior Democratic aide told The Associated Press, which is in line with policies favored by Senate Budget Chair Sen. Bernie Sanders (I-VT) and Finance Committee Chair Sen. Ron Wyden (D-OR).

Progressives are pushing to press on with minimum wage, in spite of the Senate parliamentarian’s ruling. “We’re going to have to reform the filibuster because we have to be able to deliver,” Rep. Pramila Jayapal (D-WA) said, noting the push from some progressives to amend Senate rules to eliminate the 60-vote threshold for legislation.

“We can’t tell [constituents] that this didn’t get done because of an unelected parliamentarian,” Rep. Alexandria Ocasio-Cortez (D-NY) agreed.

House Speaker Nancy Pelosi insisted that they would get the $15 minimum wage increase done, calling it “a financial necessity for our families, a great stimulus for our economy and a moral imperative for our country.”

“As a matter of practice, I don’t get involved in the rules of the United States Senate,” Pelosi said, “But as a matter of values, I can just say, we will not rest until we pass the $15 minimum wage.”

“If it doesn’t prevail because of Senate rules we will persist,” Pelosi added. “But we will not stop until we very soon pass the $15 minimum wage.”

Pelosi noted that the House will “absolutely” pass a version of the bill without the minimum wage increase, citing the great need for the bill’s benefits.

Republicans have been staunch opponents of the increased minimum wage, believing that it would cost jobs and impact businesses. A study from the non-partisan Congressional Budget Office found that increasing the minimum wage to $15 an hour by 2025 would cost the US 1.4 million jobs by 2025, but also increase wages for 17 million Americans directly and lift 900,000 Americans out of poverty.

Removal of the minimum wage hike might ultimately make the bill easier to pass, as it would likely all but guarantee the support of moderate Democrat Sens. Joe Manchin (D-WV) and Kyrsten Sinema (D-AZ), who had previously objected to including the minimum wage hike in the $1.9 trillion COVID-19 relief bill.

Democrats are pushing to pass the bill through the Senate via the budget reconciliation process, which would allow the bill to pass without Republican support, requiring just a simple majority vote. It would also allow for the bill to move faster, a crucial goal for Democrats trying to get the measure to Biden’s desk before March 14, when extended federal unemployment benefits expire.