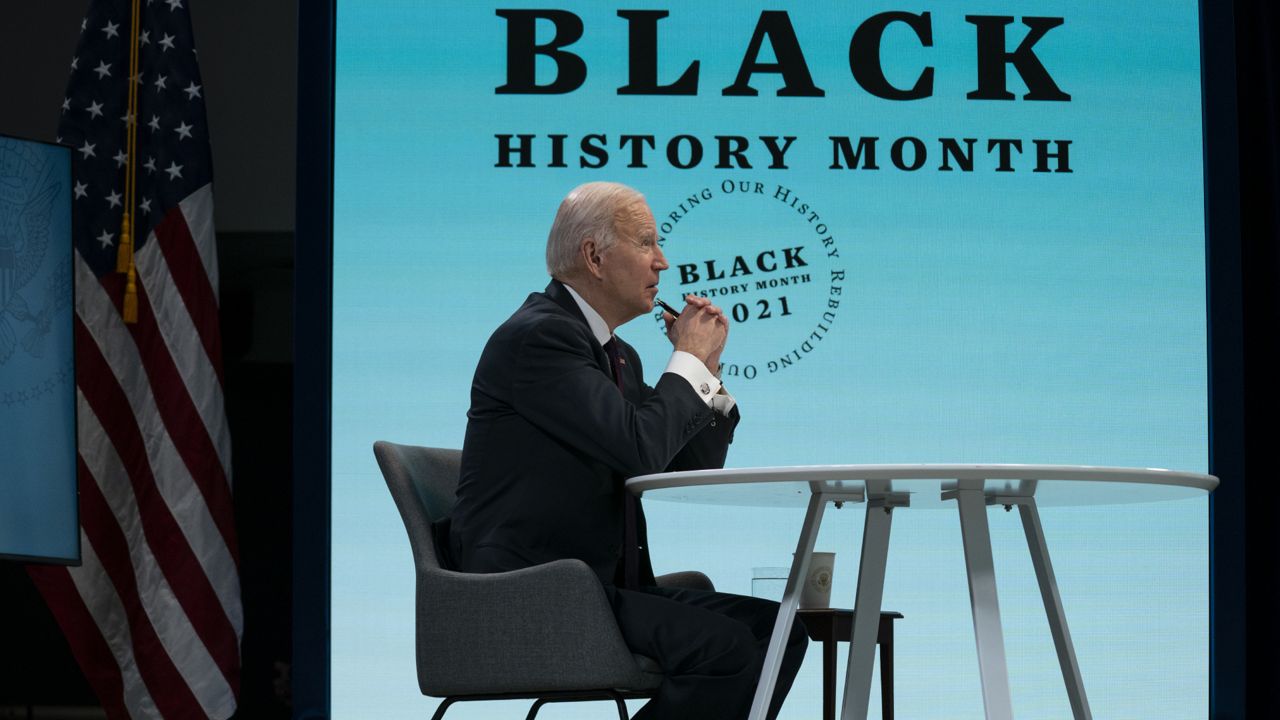 President Joe Biden spent part of his Tuesday meeting with essential workers on the frontline of the coronavirus pandemic — those packing and delivering supplies, caring for the sick and elderly, and keeping food in the mouths of children.

The burden has been borne unevenly across gender, racial and socioeconomic lines, according to an Associated Press analysis of census data in the country’s 100 largest cities. They are mostly women, people of color and more likely to be immigrants.

Biden has pledged that his $1.9 trillion American Rescue Plan will address these disparities. On Tuesday, the president and domestic policy adviser Susan Rice hosted a virtual conversation with four Black workers from different states across the healthcare, childcare, emergency management, and grocery industries in an effort to drum up public support for his plan.

Biden opened the conversation with a personal message to each attendee, saying in part: “You’re the ones that keep us going, it’s not a joke. You kept the country going, you’re carrying it on your backs.”

The four attendees were: Demetris “Al” Alfred, a firefighter and emergency medical technician from St. Louis, Missouri; Melanie Owens, a pharmacist at a Walgreens on the South Side of Chicago, Illinois; Carmen Palmer, an employee at a child care center called Kiddie Academy in Columbus, Ohio; and Jeff Carter, a district store manager for Hyvee Grocers in Cedar Rapids, Iowa.

The president heard from each attendee in turn, listening to their stories before asking questions.

Alfred told the president the emergency response teams have “had a tough time with COVID,” and turned to their local government in order to get the PPE required to respond to urgent calls.

When asked by the president what he would wish for should he have a magic wand, Alfred said he hopes the federal government “make(s) sure that we get the proper funding so we can sustain our jobs and serve our community.”

Owens spoke of both the challenges and triumphs that accompany administering the coronavirus vaccine, saying: “I encourage everyone to be aware that the vaccine is here to help.”

In turn, Biden emphasized the American Rescue Plan’s inclusion of mobile vaccination enters, which he hopes will help underserved communities have increased access to the vaccine.

Palmer, who is a single mother of two, touched on the issues facing schools as they begin to reopen, including ventilation, sufficient PPE, and proper tools to sanitize classrooms.

Biden said his American Rescue Plan would help alleviate some of Palmer’s concerns, in part by proposing to temporarily raise the child tax credit.

Under Biden’s plan, families would receive up to $3,600 annually for each child under age 6 and as much as $3,000 for those up to 17. The credit would start to phase out for individual parents earning more than $75,000 and couples making $150,000. Payments of the credit would be made monthly, even to families who owe no federal income taxes — a change from current policy.

The future of the bill is still uncertain, as lawmakers on Capitol Hill continue to pick apart its provisions. The House Ways and Means Committee debated for 19 hours before voting to pass the package along for a vote in the full House, which is set for this Friday.

Biden on Tuesday expressed optimism that the American Rescue Plan will be approved by Congress, although seemingly predicted low GOP support for the bill, saying: “It’s not gonna pass by a lot.”