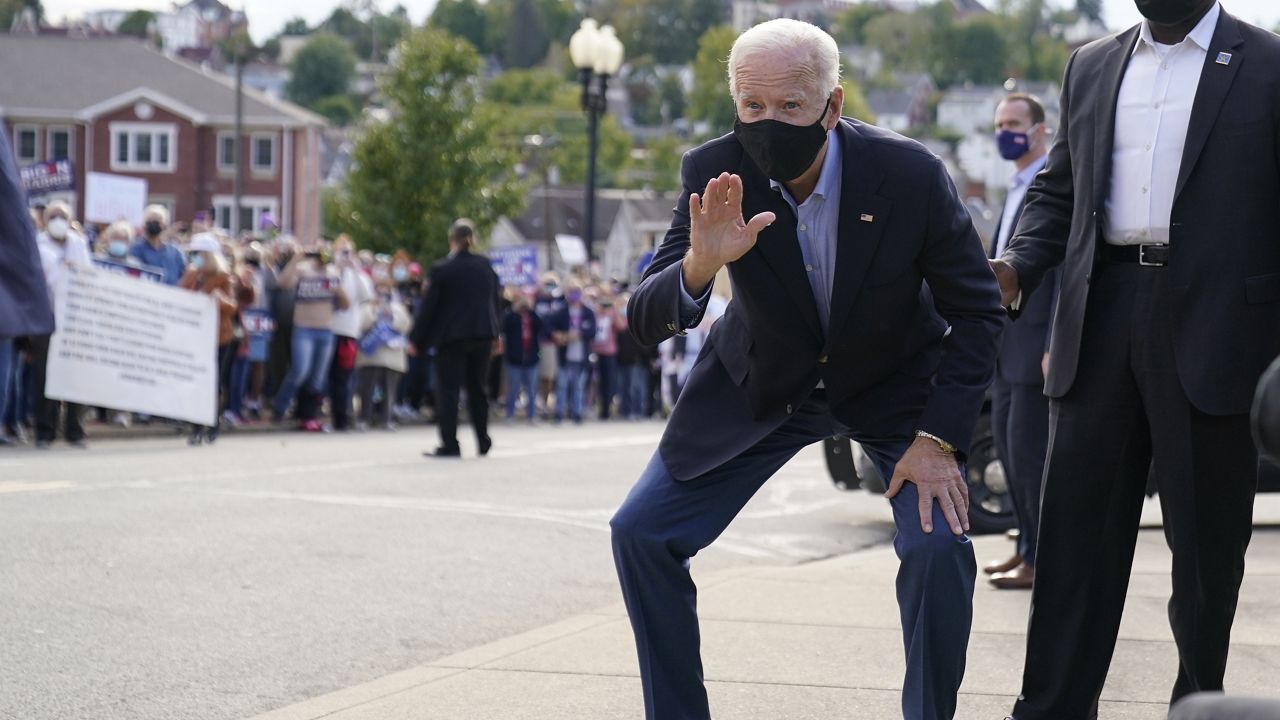 After months of avoiding direct contact with voters because of the pandemic, Joe Biden’s campaign is about to launch door-to-door canvassing across several battleground states.

The decision comes amid growing concern from Democratic officials on the ground in key states who fear that Biden has been giving a significant advantage to President Donald Trump and his Republican allies, who have been aggressively courting voters at their doorsteps for months. The reversal also reflects a sense of rising urgency as polls tighten just a month before Election Day.

Biden’s campaign, which detailed the new effort to The Associated Press, insists that its existing phone and online voter outreach is effective. The new plans will build upon what’s already in place, not replace it.

“Our voter contact operation is the most innovative and technologically advanced of any presidential campaign in history, and it has been thriving in this unprecedented environment,” Biden campaign manager Jenn O’Malley Dillon said.

“We’re now expanding on our strategy in a targeted way that puts the safety of communities first and foremost and helps us mobilize voters who are harder to reach by phone now that we’re in the final stretch — and now that Americans are fully dialed-in and ready to make their voices heard.”

Biden this weekend will dispatch several hundred newly trained volunteers to engage voters across Nevada, Michigan, New Hampshire and Pennsylvania. The effort, focusing on voters who are considered difficult to reach by phone, is expected to spread quickly into several more battleground states and include many more volunteers.

“It’s just harder and harder to get people on the phone,” said Patrick Sullivan, a Biden volunteer who lives in suburban Harrisburg, Pennsylvania. “So being able to go to someone’s door and talk to them makes a big difference.”

Trump’s campaign and allied Republican groups have been having in-person contacts with voters since at least June. Republican National Committee Chair Ronna McDaniel told the AP over the summer that her team was knocking on roughly one million doors each week.

Democratic officials have been extremely critical of the GOP’s tactics. Lily Adams, a spokesperson for the Democratic National Committee, tweeted in August that the Trump campaign was “risking the lives of their staff, the lives of voters and risking becoming a super spreader organization during the middle of a pandemic.”

“What changed? They know they’re being hopelessly outworked on the ground, and down-ballot Democrats in key states have been freaking out about it,” Trump campaign spokesman Tim Murtaugh said. “You can’t just parachute in a month before the election and hope to make up ground.”

While Biden leads many polls, lingering questions remain about the commitment of his supporters to actually vote. To defeat Trump, Democrats will need strong turnout from every piece of his broad coalition, including groups that typically don’t vote in large numbers, such as younger Americans and African Americans.

And with the pandemic still raging, voters in 2020 face unprecedented challenges in getting counted.

“It is possible that without the face-to-face-engagement, you may have a few voters who fall off,” said Mairi Luce, an attorney and a Biden volunteer who lives in Philadelphia. “But passions run high on both sides, and a lot of people are motivated to vote. I don’t think there are a lot of undecided voters out there.”

Ahead of the voter outreach expansion, Biden’s campaign has already opened 109 supply centers across 17 battleground states to help distribute campaign literature, lawn signs and other materials for the canvassers.

Biden volunteers in Pennsylvania and Nevada began dropping campaign literature at voters’ homes just last weekend, although they were instructed to avoid any direct conversations. Those conversations will begin this weekend following training sessions designed to ensure Biden’s team can engage with people at doorsteps as safely as possible.

All volunteers involved will be provided personal protective equipment, including masks, and will have their temperatures checked. The campaign also plans to send text messages telling voters to expect a knock at their door before volunteers enter a neighborhood.

Biden’s team is particularly focused on ensuring his supporters have updated information about how and where to vote as early as possible. Literature used in Pennsylvania in recent days, for example, encourages people to make a specific plan to vote — either by mail, in person early voting or in person on Election Day.

Even before Biden executes his new plan, Democrats are leading Republicans in some early voting prodding. For example, registered Democrats have been issued far more mail and absentee ballots than Republicans in Florida, Iowa and Pennsylvania, according to data collected by The Associated Press.

“One big difficulty is we don’t have phone numbers that reach everyone and a lot of people don’t answer the phone, especially unknown numbers, so it’s a limitation on being able to reach people,” Munsey said. “And I think it’s harder, it can be difficult to have a really good conversation over the phone when you’re not talking face to face.”