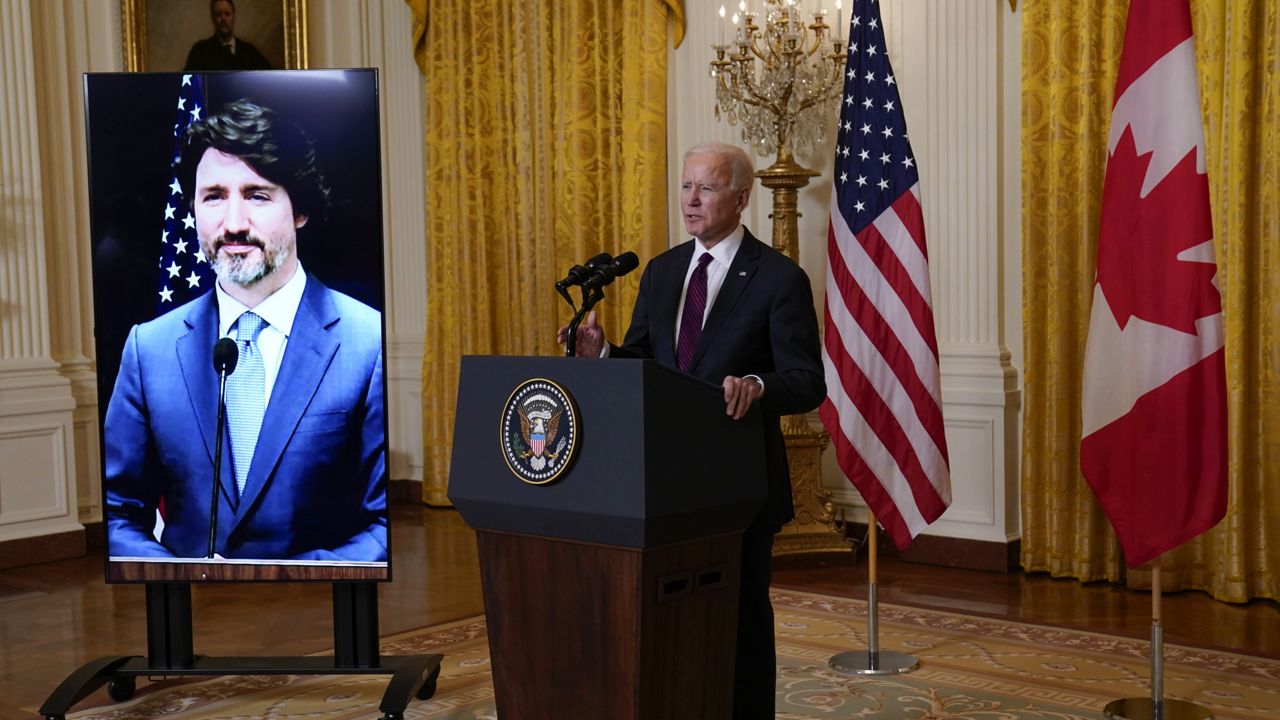 President Joe Biden and Canadian Prime Minister Justin Trudeau have a long working relationship together, and their camaraderie was evident as the world leaders hosted an hours-long, virtual meeting with key advisers on Tuesday.

Repeatedly referring to one another as “Joe” and “Justin,” it appears the two hope to bring a similar fellowship in strengthening U.S.-Canada relations as part of the Biden administration.

The tone of the day was a marked shift from Trudeau’s relationship with Biden’s predecessor, Donald Trump, who who took to Twitter in 2018 after a G7 meeting to slam Trudeau as “dishonest and weak” after he voiced objections to raising tariffs on steel and aluminum from Canada, Mexico, and the E.U.

“The United States has no closer, no more important friend than Canada,” Biden said Tuesday evening, adding to Trudeau: “I look forward to seeing you in person in the future.”

The discussions were part of the unveiling of the new U.S.-Canada Partnership Roadmap, a joint initiative between the two countries that aims to “advance our shared vision of prosperity, diversity, equity, and justice for all our citizens,” according to a statement from the White House.

Saying “we’re all best served when the United States and Canada work together and lead together,” Biden thanked Trudeau for his “enduring commitment” to the U.S.-Canada partnership.

Trudeau, in turn, told assembled leaders the meeting served as a “great opportunity for us to sit down and talk not just about this extraordinary friendship between our two countries,” and to discuss a coordinated path forward amid the ongoing coronavirus pandemic.

The opening remarks were followed by two closed-door bilateral meetings, the second of which  included more cabinet members and ministers. Transportation Secretary Pete Buttigieg, Homeland Security Secretary Alejandro Mayorkas, and Secretary of Defense Lloyd Austin were among the attendees at the expanded meeting.

The focus of the conversation between the two countries was wide-ranging, touching on topics including climate change, trade partnerships, and how to cope with an increasingly competitive China.

In normal times, Biden and Trudeau would traditionally hold an in-person press conference in the East Room following a bilateral meeting. Despite the virtual format, Biden called the day’s conversations “very productive,” detailing key agenda items in a subsequent address.

“For both our nations, getting COVID under control at home and around the world is an immediate priority,” Biden said Tuesday evening, adding: “We committed to work together to help prevent future biological threats by strengthening the World Health Organization.”

The two countries “recognize our responsibility as leading democracies to defend shared values around the world and strengthen our own democracies at home,” Biden continued. “That means rooting out systemic racism and unconscious bias in our institutions and our laws, as well as our hearts.”

During his own address, Trudeau offered his support to Texans who continue to be impacted by power outages following a spate of severe winter weather last week, saying: “Canada is here to help however we can.”

“We are facing tough times, there’s no doubt,” Trudeau concluded. “But we’re not facing them alone. Canada and the United States are each other’s closest allies, most important trading partners, and oldest friends.”

0 0 0 0
Previous : Lakeland mobile home park being renovated into village for the homeless
Next : DeSantis Orders Flags Flown at Half Staff for Rush Limbaugh