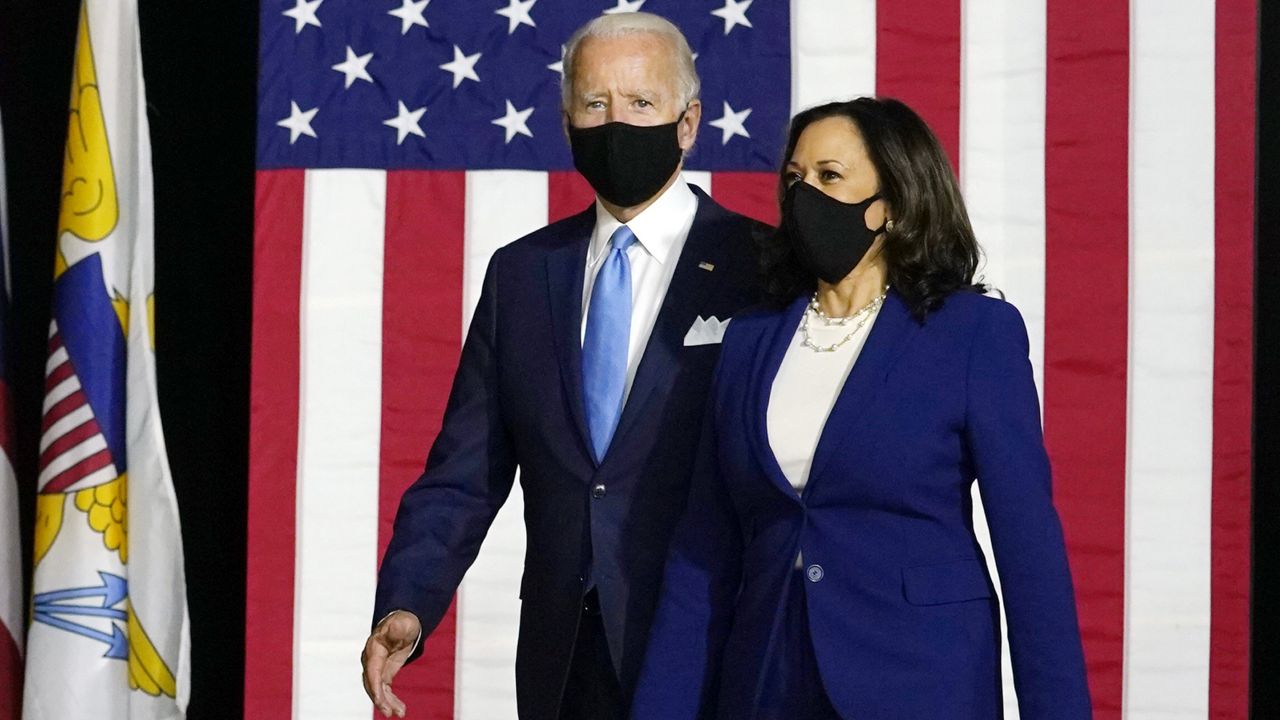 NATIONWIDE — Presidential candidate Joe Biden and his running mate Kamala Harris released copies of their 2019 tax returns hours before Biden is set to face off against Donald Trump in the first presidential debate.

The candidates’ document drop also came two days after the New York Times released a report claiming that President Trump paid no federal income taxes in 10 of the past 15 years. Trump also paid just $750 in federal income taxes the year he ran for president and in his first year in the White House, according to the report.

The former vice president also released his tax returns for 22 previous years, showing that he and his wife paid $1.5 million in federal income taxes in 2016 and nearly $3.7 million in 2017. This means that the Bidens spent 2,000 times more in federal income taxes in 2016 and over 4,900 times as much in 2017 than the president.

Roughly half of Americans pay no income taxes, primarily because of how low their incomes are. But IRS figures indicate that the average tax filer paid roughly $12,200 in 2017, about 16 times more than what the president paid.

The release was a strategic move for Biden’s campaign, and the former vice president called on Trump to release his own taxes as “the American people deserve transparency from their leaders” in a tweet.

Biden’s campaign also released a Trump Taxes calculator and urged viewers to see how much more they had paid in taxes than the president, further calling attention to the Times’ reporting in the leadup to the debate.

Harris also called for the president to be transparent about his assets with the American public.

“Do you owe anybody money who is impacted by any decision you make as president of the United States? We need to know that,” Harris said in an interview with MSNBC’s Lawrence O’Donnell. “The American people have a right to know that when the president of the United States acts, he acts with their priorities in mind, not with his priorities in mind.”

The details of the tax filings published Sunday complicate Trump’s description of himself as a shrewd and patriotic businessman, revealing instead a series of financial losses and income from abroad that could come into conflict with his responsibilities as president. The president’s financial disclosures indicated he earned at least $434.9 million in 2018, but the tax filings reported a $47.4 million loss.

Speaking at a news conference Sunday at the White House, Trump dismissed the report as “fake news” and maintained he has paid taxes, though he gave no specifics. He also vowed that information about his taxes “will all be revealed,” but he offered no timeline for the disclosure and made similar promises during the 2016 campaign on which he never followed through.

Biden’s push for the president to release his taxes is the latest back-and-forth between the candidates as the race for president heads to the finish line.

On Monday, the Trump campaign released a statement slamming Biden for his refusal to agree to some of Trump’s debate requests, saying: “With his 47 years as a failed Washington politician, how much help does Biden want?”

“Joe Biden’s handlers several days ago agreed to a pre-debate inspection for electronic earpieces but today abruptly reversed themselves and declined,” Trump campaign spokesperson Tim Murtaugh wrote in a statement. “Biden’s handlers have asked for multiple breaks during the debate, which President Trump doesn’t need, so we have rejected that request. On top of the refusal to take a drug test, it seems pretty obvious that the Biden team is looking for any safety net they can find in the hours leading up to the debate.”

Biden’s team denies that he ever agreed to such an inspection, and there is no evidence that Biden has ever used an earpiece in a debate.

Biden and Trump will face-off for the first of three presidential debates on Sept. 29 at Cleveland’s Case Western Reserve University at 9:30p.m. ET.