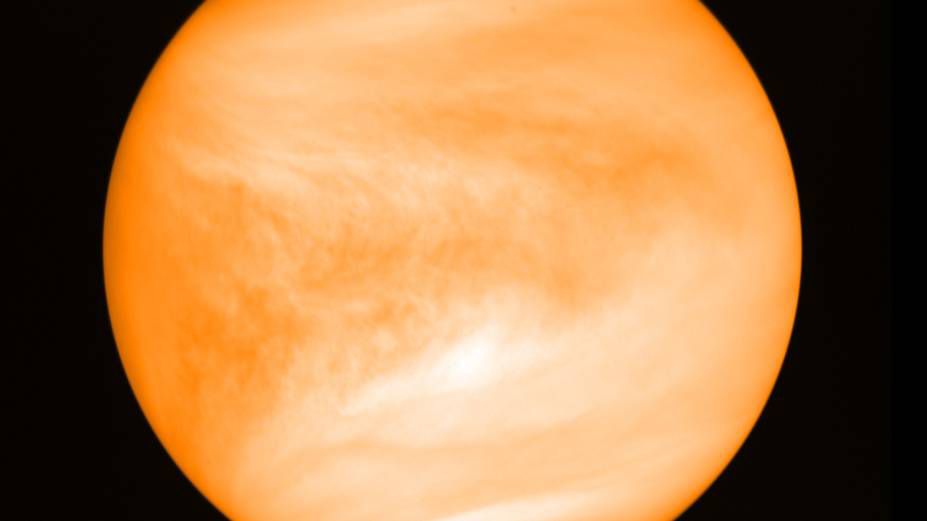 Astronomers have detected potential signs of life in Venus’ clouds in the form of a gas.

In research published Monday in the journal Nature Astronomy, the scientists say they’ve discovered trace amounts of phosphine, a noxious gas, in the planet’s clouds. The only way phosphine is made on Earth is in labs by humans or by microbes living in oxygen-starved environments.

The scientists believe, if the presence of phosphine in Venus’ clouds is confirmed, the only possible explanation is that it was created by alien life.

The discovery was made using data from powerful telescopes based in Hawaii and Chile.

“I immediately freaked out, of course. I presumed it was a mistake, but I very much wanted it to not be a mistake,” study co-author Clara Sousa-Silva, a postdoctoral researcher at the Massachusetts Institute of Technology, told National Geographic. Sousa-Silva initially identified the phosphine.

The discovery of the gas must first be verified to rule out a false reading. A spacecraft will likely have to be sent to Venus to take a closer look.

“This could be the first observation we’ve made which reveals an alien biosphere and, what do you know, it’s on the closest planet to home in the entire cosmos,” astronomer David Grinspoon, who was not part of the work but has long promoted the possibility of life in the Venusian clouds, told The New York Times. “That is pretty damn exciting!”

Venus is referred to as Earth’s “twin” because of its similar size, gravity and composition. Many scientists believe the second planet from the sun was once covered in water and had an atmosphere where life could have existed.

Today, however, it is not conducive to life due to its temperatures (above 800 degrees Fahrenheit on average), pressure (90 times what it is on Earth’s surface) and atmosphere (mostly carbon dioxide with clouds of sulfuric acid droplets).

But scientists, including the late Carl Sagan in 1967, have long wondered about the possibility of life in the 65 miles of cloud deck that surround Venus. The temperatures and pressures in the middle of the cloud layers, which carry sunlight, water and organic molecules, are believed to be more Earthlike.

In the meantime, astronomers in search for signs of life have largely focused their attention elsewhere.

Some scientists have their doubts about the hypothesis the study’s astronomers have reached. They say the presence of phosphine could result from some other natural process we don’t yet understand.

Several outside experts – and the study authors themselves – agreed that, while tantalizing, the finding is far from the first proof of life on another planet. They said it doesn’t satisfy the “extraordinary claims require extraordinary evidence” standard established by Sagan.

“It’s not a smoking gun,” said study co-author David Clements, an Imperial College of London astrophysicist. “It’s not even gunshot residue on the hands of your prime suspect, but there is a distinct whiff of cordite in the air which may be suggesting something.”

0 0 0 0
Previous : Sally Becomes a Hurricane, Warnings in Effect for Gulf Coast
Next : Nurse Helped Integrate Her Neighborhood, School and Modeled, Too