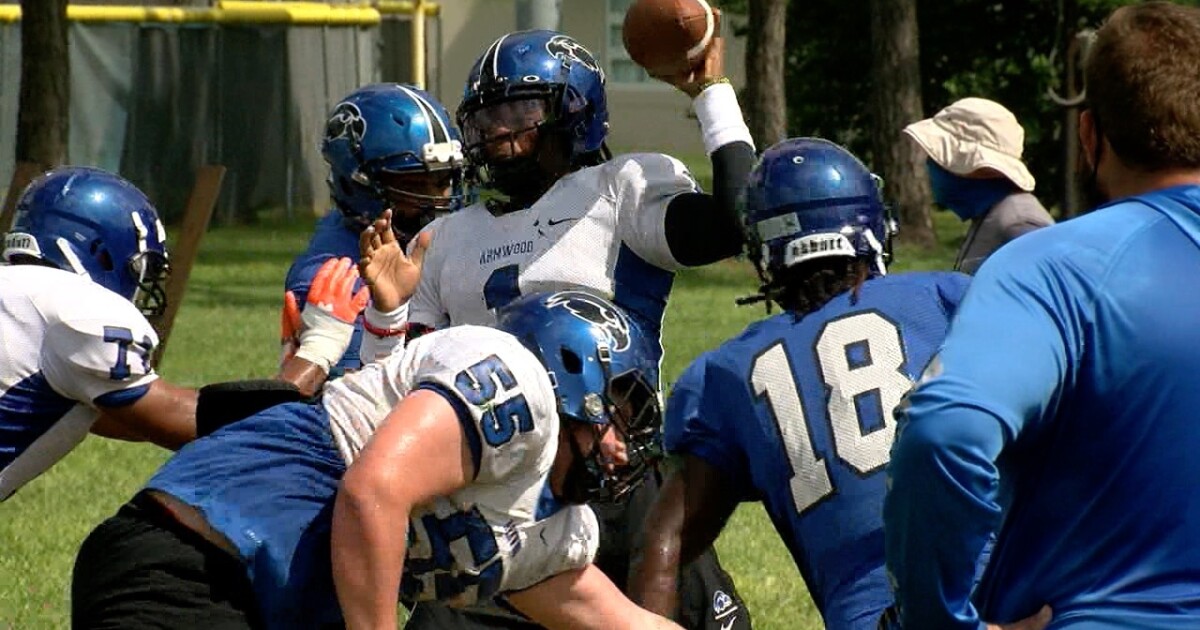 “We’ve had a phenomenal offseason,” fourth-year head coach Evan Davis said. “The kids have worked their butts off.”

Football during amid the COVID-19 pandemic is different.

“I got my helmet on and a mask,” Armwood defensive lineman Desmond Watson said.

But the Armwood players know what’s at stake.

“They adjusted to everything that’s new, never complained, just understand what it is,” Davis said. “The question was can we play football?”

For now, that answer is yes — and the Hawks have a squad that can win it all.

“We can hit you from every spot on the field,” Montgomery said. “Whether it’s defense, offense, special teams.”

There’s a lot different about the 2020 season. But on thing hasn’t changed. The Armwood seniors are still on the hunt for the elusive state championship.

“Same as every year, trying to get a ring,” Watson said. “We didn’t finish that the last couple of years. This is my last chance.”

The Hawks know heartbreak — sent home during the state semifinals last year, and eliminated twice in the state title game the two years before that.

“To not think about it. We don’t need to have (state playoffs) on our mind if we can’t get throughout the week,” Montgomery said. “We got to focus week by week. We can’t focus on states. That’s where we messed up in the past. We thought too much about states, got big-headed and you see where it got us.”