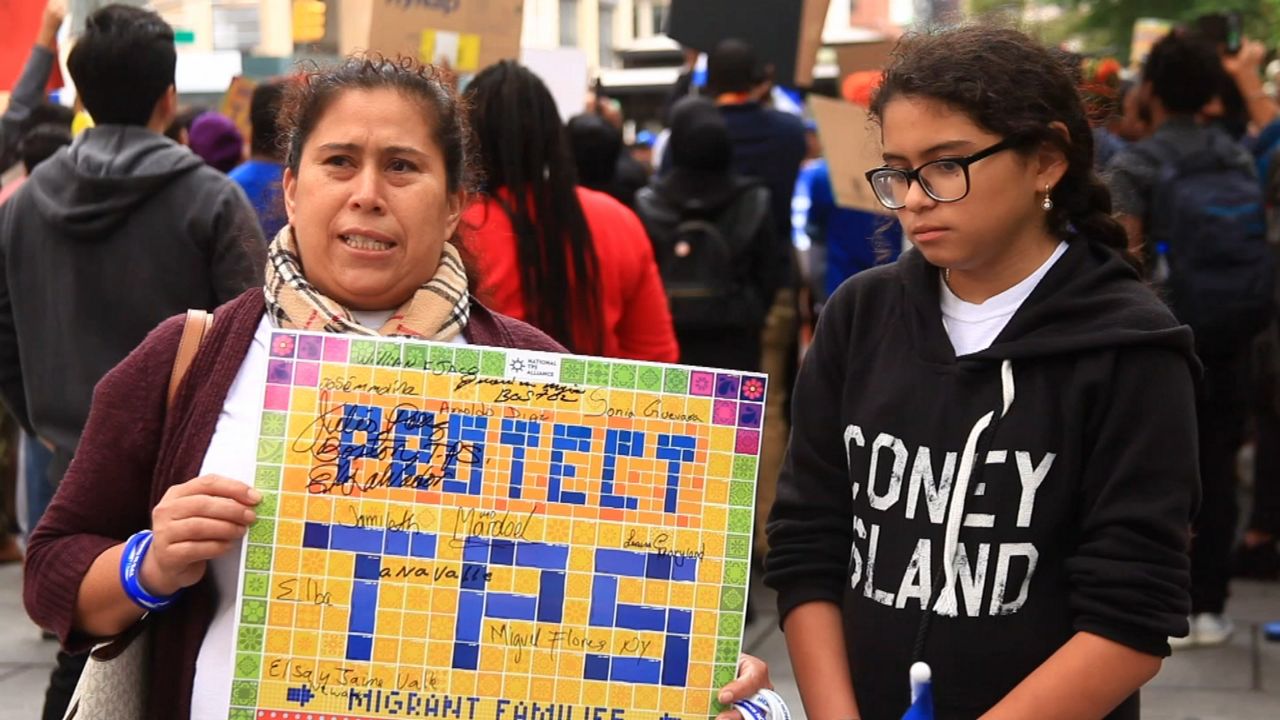 Nearly two years after a California judge blocked the termination of Temporary Protected Status for Sudan, Nicaragua, Haiti and El Salvador, an appellate court has cleared the way for the deportation of at least 300,000 people.

A split panel of judges released its decision Monday, saying President Donald Trump was within his rights to end the Department of Homeland Security program.

Since 1990, the TPS policy has granted temporary legal status to people from countries affected by natural disasters and civil conflict. The legal status is often extended, but the Trump administration decided to end it for several countries.

President Donald Trump’s change of direction on TPS had been on hold since early in his administration, even as he has moved to restrict other forms of humanitarian status in the U.S.

He has sharply limited the number of refugees allowed to resettle in the United States and taken several measures to dramatically curb access to asylum.

Plaintiffs in the case had argued, among other things, that the program’s termination for Sudan, Nicaragua, Haiti and El Salvador were “motivated in significant part by racial and national-origin animus against ‘non-white and non-European immigrants,'” Monday’s opinion said.

They based the claim on “numerous statements made by President Donald J. Trump and other officials,” the opinion said.

The panel of judges with the 9th U.S. Court of Appeals ruled 2-1 that despite recorded evidence that “President Trump expressed racial animus against ‘non-white, non-European” immigrants,” plaintiffs had not proven that Trump’s animus specifically influenced the decision to enact the TPS terminations.

There was no evidence “that the President personally sought to influence the TPS terminations, or that any administration officials involved in the TPS decision-making process were themselves motivated by animus,” the opinion read.

In a concurring option, Judge Ryan D. Nelson, acknowledged that President Trump’s executive action affects “at least 300,000 immigrants and their families” who have “contributed to the United States in meaningful ways, culturally, economically, and otherwise.”

Noting a Sudanese couple with three children who have lived in the U.S. since the late 1990s, Nelson said, “there is no question that these individuals deserve our sympathy.”

Sympathy was not the issue at hand, though, he said.

“Our sole responsibility as Article III judges is narrow — ‘to say what the law is,'” Nelson wrote.

According to U.S. Citizen and Immigrations Services, now that the injunction has been lifted, the termination of TPS designations for El Salvador, Sudan, Nicaragua and Haiti will take place.

If the Appeals Court ruling stands, individuals in the U.S. under the TPS program from Nicaragua and Sudan will have 120 days to leave the country or risk being removed by force, a statement from USCIS said.

Individuals from El Salvador will have 365 days.

The termination TPS for Haiti is dependent on the result of separate appeals court challenge in New York. If the case there is decided in the government’s favor, Haitian TPS participants would have 120 days to leave the country.

The Associated Press contributed to this story.

0 0 0 0
Previous : Florida Representative Chris Latvala opens up about his battle with COVID-19
Next : 1 person taken to hospital after boat catches fire at the Davis Island boat ramp