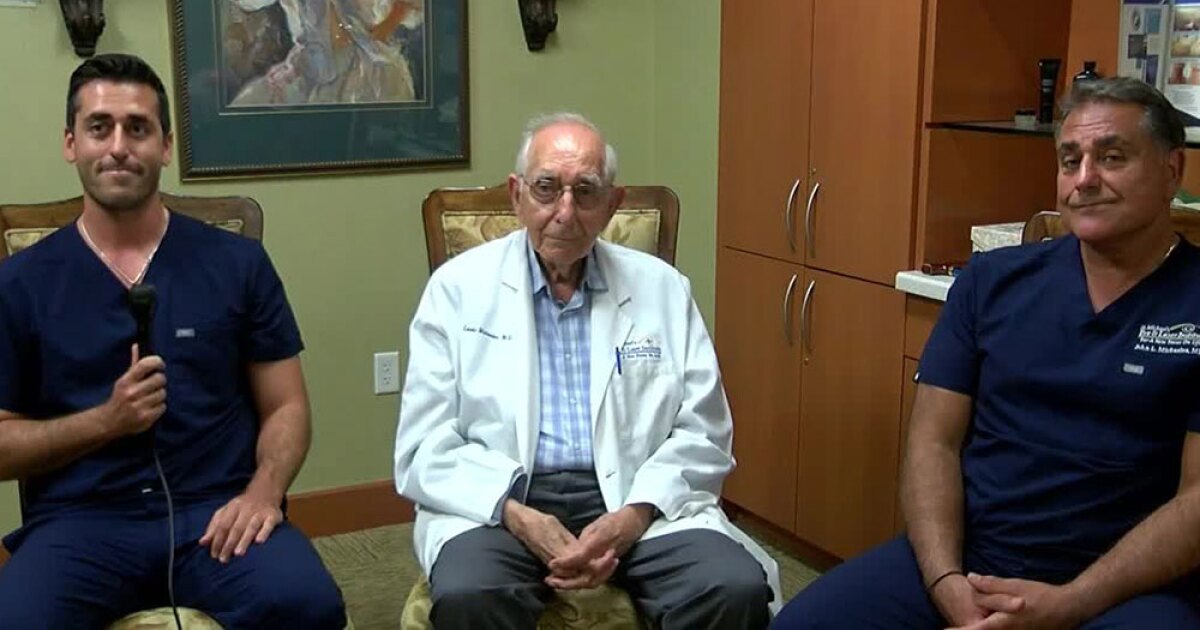 LARGO, Fla. — There are three generations of eye doctors working together in Largo that don’t need glasses to see how far their family and their practice have come.

When you ask to see Dr. Michaelos, you could be referring to one of three optometrists at St. Michaels Eye and Laser Institute in Largo.

He never imagined he’d be working alongside his grandfather in the same office he grew up playing in as a kid.

“Having him, with such passion to take care of patients, has put a footprint and fingerprint on my style of caring for patients as well,” said Louis.
“I like to be with the community really,” said Louis Sr.

While Dr. John Michaelos says he has to get used to the fact that he’s no longer the up and coming Dr. Michaelos in the office. That title now belongs to his son.

“A patient not long ago, when I stepped in the room, that patient said, ‘wait a minute I’m here to see the son,’ and I felt like the older guy,” said John.

Some patients have been coming to the office for over 50 years. Louis Sr. is delighted to think that their grandchildren will now be receiving eye exams from his grandson.