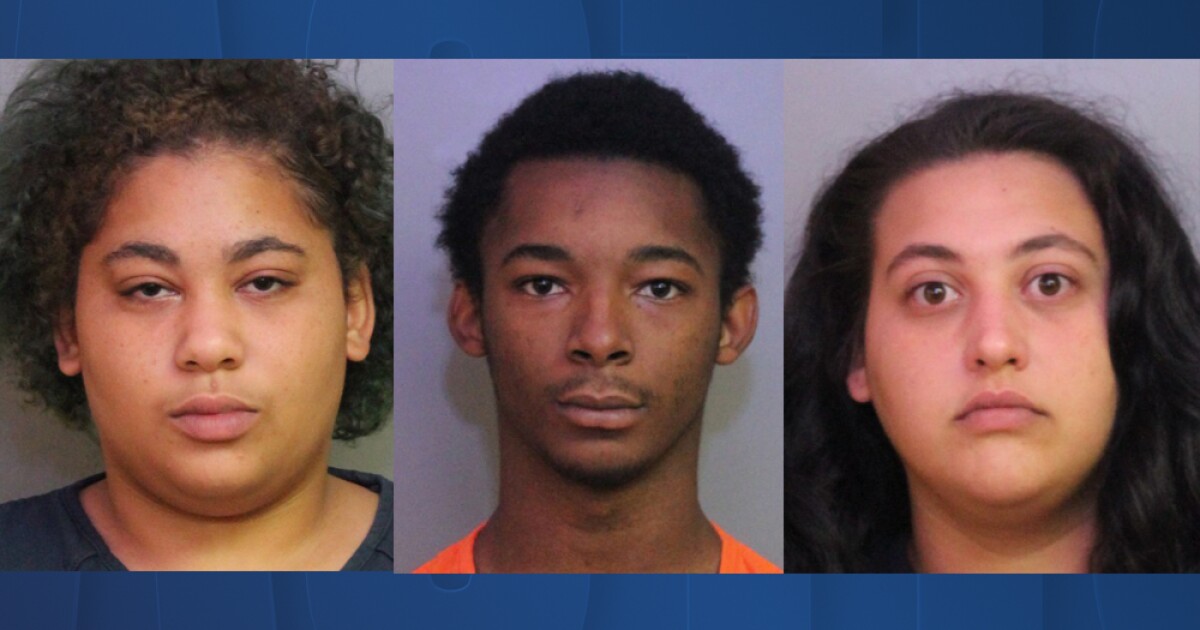 A Winter Haven man found his car in a driveway miles from his residence just after it was stolen, police say.

On Tuesday just before midnight, three people walked along St. James Dr. in Winter Haven and saw two vehicles in a driveway unsecured.

Police say two of the people stole stuff out of a Hyundai in the driveway. A 2007 Dodge Durango in the driveway had the keys left inside and was stolen.

At about 2 a.m., the vehicle owner got up to go to work and realized the car was missing.

After reviewing his video surveillance cameras, he saw three people in the driveway rummaging through the Hyundai and then taking the Durango.
stolen.

He reported it stolen at the time, but later in the day, the victim called back to tell detectives that he saw his vehicle parked in front of some apartments in the area of Pickney Dr. and Hwy 92 W. in Winter Haven.

The victim and family members also saw three people walking in the area who looked similar to those seen in the video. The man they saw was wearing a pair of Beats headphones that were taken from the vehicle left in the driveway during the burglary.

According to police, the unique headphones were custom made for the victim’s wife and had a unique marking on the sides.

The victim continued to watch the three until officers arrived. The three subjects were found at a residence on Bass Circle, not too far from where the stolen Durango was found. The subjects were interviewed regarding about vehicle theft and burglary.

Ultimately, police determined that they all were involved in the burglary and vehicle theft from St James Dr.

22-year-old Courtney Quentavus Henderson was the subject in possession of the headphones and also drove the stolen vehicle, police said. He was charged with Grand Theft of Motor Vehicle (F3), Burglary of a Vehicle (F3) and Petit Theft 2nd Offense (M1).

22-year-old Siarra Nicole Albertson was charged with Grand Theft of Motor Vehicle (F3), Burglary of a Vehicle (F3). Siarra opened the vehicle door and held the flashlight while Henderson rummaged through and took the property, including the Beats headphones, from the Hyundai, police say.

All three were booking into the Polk County Jail.