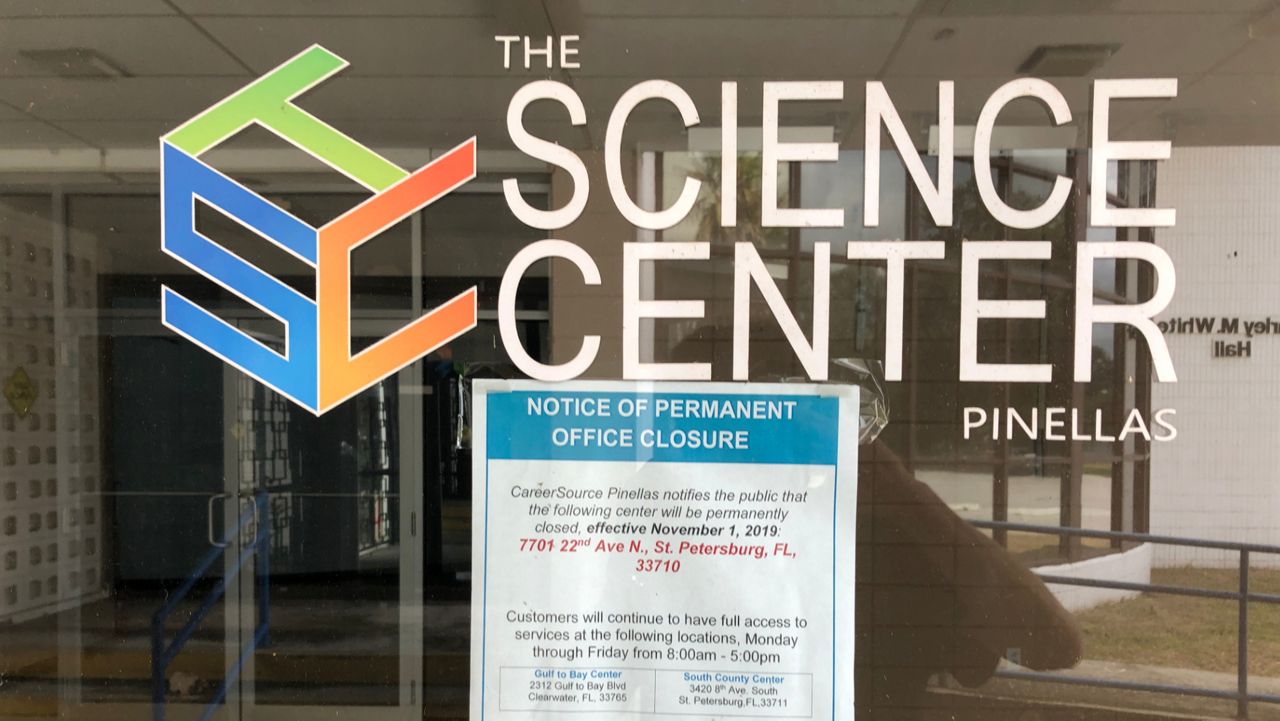 ST. PETERSBURG, Fla. – For decades, thousands of students would take field trips at the nonprofit Science Center of Pinellas County in west St. Petersburg to learn about geology, zoology and marine life.

But it’s been moribund in recent years.

Last year, the city of St. Petersburg purchased the buildings that sit on seven acres of land on 22nd Ave N for $3.15 million from CareerSource Pinellas, with the stated intention to expand the capacity of the nearby Northwest Water Reclamation Project.

Now two St. Petersburg-based lawmakers who have fond memories of what the Science Center used to be have a dream: to rehabilitate the rest of the facility through a combination of public and private financing.

“I’d like to see this place resurrected or rehabbed, or reconstructed so that it could spark motivation, inspiration and challenge in young students,” says St. Petersburg-based Democratic state Sen. Darryl Rouson.

The proposal is led by St. Petersburg City Councilman Robert Blackmon, who says he attended the Science Center every summer as a youth and says it gave him an appreciation for the environment. His idea to restore the facility to its former glory was triggered after he read that the city had purchased the buildings last year.

It won’t be cheap. Both lawmakers estimate it would take between $5-6 million to fully restore the Science Center.

“When you look at the highest and best usage of land and being a good steward of taxpayer assets, we’ve gotta play it as it lies,” Blackmon says. “We’re getting a great value by increasing our wastewater storage from the Northwest Plant in the backyard, but that won’t impact the main building. So we’re left with a concrete block, a steel asset that is owned by the taxpayers and our best usage is to turn it back to a Science Center.”

At the time of the acquisition last year, the Tampa Bay Times reported that St. Pete officials were considering tearing down the buildings that house the Science Center and building affordable housing units there.

Mayor Rick Kriseman’s administration is aware of what the two lawmakers are proposing, but is taking a wait and see approach on what they come up with.

“The city, and these two officials, have a great deal of work to do prior to us committing to such an endeavor,” spokesman Ben Kirby told Spectrum Bay News 9 on Friday.

The lawmakers say the plan is to form a partnership between the city, county and state. Rouson says he’ll file an appropriation request for the Science Center prior to next year’s legislative session (that’s assuming he’s reelected to his state Senate District 19 seat in November).

But with the state’s leading economist saying that Florida is staring at a more than $5 billion deficit over the next two years due to the economic fallout from the coronavirus, House Speaker-Designate Chris Sprowls told Bay News 9 last week that some local projects may have a difficult time getting funded in 2021.

“This session is about what we need to do for our people, not what we’d like to do or want to do,” he said.

Rouson understands that it will be a tough budget year.

“I’m not sure of the success, but I certainly have the passion and the interest to file it,” he says.

Blackmon says a revived Science Center can satisfy the demands from the business community in St. Pete for more tech jobs, while also helping to keep the focus on the city’s concerns about climate change and sea-level rise.

“When when you talk about a brain drain, it’s a lot easier to have somebody who has skin in the game and has a connection to a community then it is to recruit somebody from out of town to a job,” he says. “And if we want more jobs and we want more economic outreach, we can recruit jobs if we have an educated workforce. But it all starts with youth education. Especially in science and technology.”

One local resident who credits his trips to the Science Center as inspiring his mechanical engineering career is Damian Rouson, the younger brother of Senator Rouson.

Damian Rouson received a Ph.D in mechanical engineering at Stanford and is the founder and president of two companies in the San Francisco Bay area that offer consultancy services for computer scientists, engineers and mathematicians. He writes that he built his first model rocket and took his first computing programming course at the Science Center and that it “would be difficult to overstate the positive, empowering impact of my childhood experiences at the Pinellas County Science Center.”