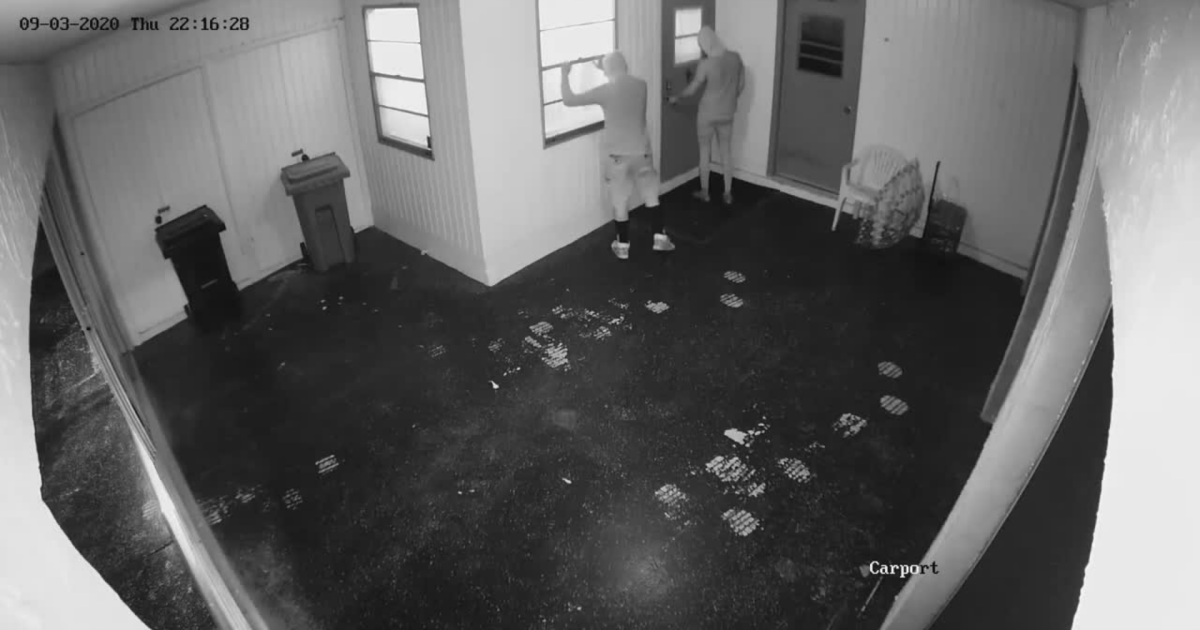 Authorities say the suspects are two white men who broke into the home around 10:15 p.m. on Thursday, September 3.

The robbery was caught on surveillance video.

The suspects were dropped off at the home, possibly in a Silver/Gray Nissan Versa, and ran away on foot afterward, the sheriff’s office says.

The suspects stole the victim’s wallet, credit cards, cell phone and searched the home for drugs to steal.

Deputies say the men used one of the victim’s credit cards at a Racetrac in Ruskin at 12:25 a.m. the same night. They again used a stolen card at 1:25 a.m. at a Pilot station in Ellenton.