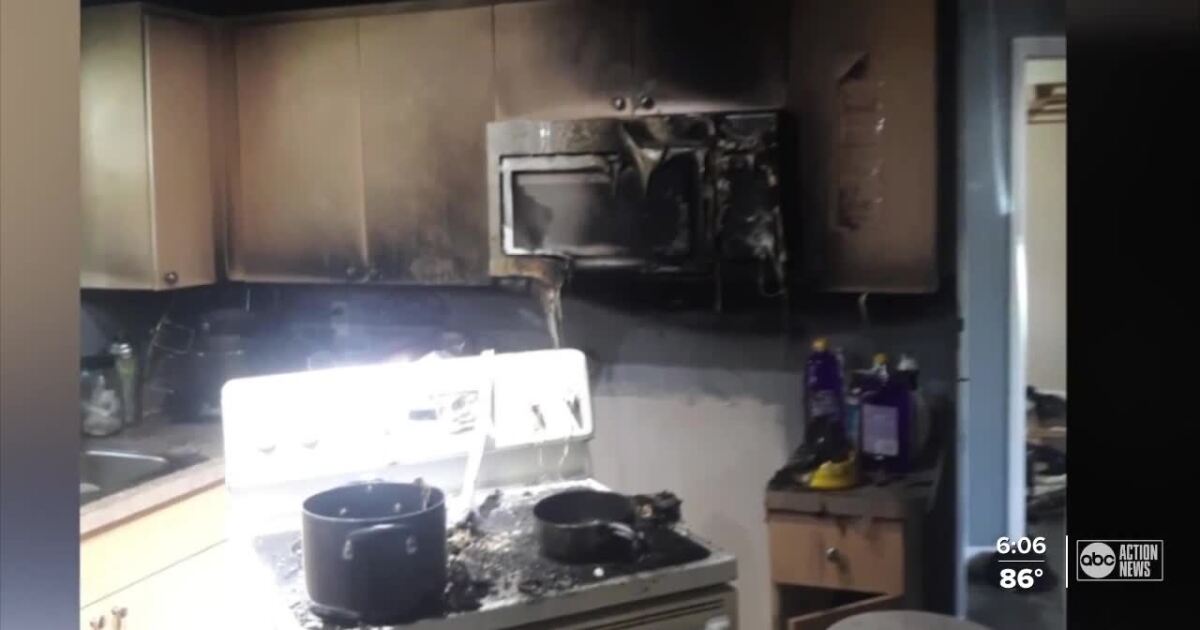 PASCO COUNTY, Fla. — A Pasco County mother says her two sons are her heroes after they saved each other, their pets and their house from a grease fire.

Ashley McCall said she was frying tater tots last Friday night. Once she was done, she ran out to the store but forgot to cut the grease off.

Her sons David Herring, 13, and Greyson McCall, 8, were asleep. Greyson said the smell of the fire woke him up.

“I first I thought I was blind because I couldn’t see and I couldn’t breathe,” he said.

Greyson ran outside to catch his breath and ran back in for his brother. He started banging on David’s door to get him up and they both made it outside.

“There was a guy walking down the street with a go-kart,” Greyson said. “I yelled, ‘help me! Help me!’”

Both David and the man ran back into the house to make sure Ashley wasn’t inside. They were also able to put the fire out.

“It all happened in less than 7 minutes,” she said. “When I got home, I saw people in the yard and my sons. They were OK.”

She ran in to get their pets out.

“I’m just so blessed to have two children as amazing as they are,” Ashley said.

But it was a close call and Ashley blames herself.

“All I could do was cry because I feel a lot of the blame for a stupid mistake,” she said.

Thanks to Greyson and David’s quick thinking, the fire was contained and most of the damage was in the kitchen. Their stove and microwave, however, were destroyed.

“We have some great people in the community, and they’re helping us,” she said.

Ashley was able to replace the stove and microwave. Their living room furniture received some damage, as well.

“It could have been much worse,” she said.

David says his little brother is the real hero.

“I wouldn’t be here if it wasn’t for him,” David said.

The family is now trying to clean up, and figure out what to do next.

0 0 0 0
Previous : Trump Expected to Speak at Campaign Rally in Sanford This Week
Next : Brady, Barrett Lead Buccaneers Past Broncos 28-10