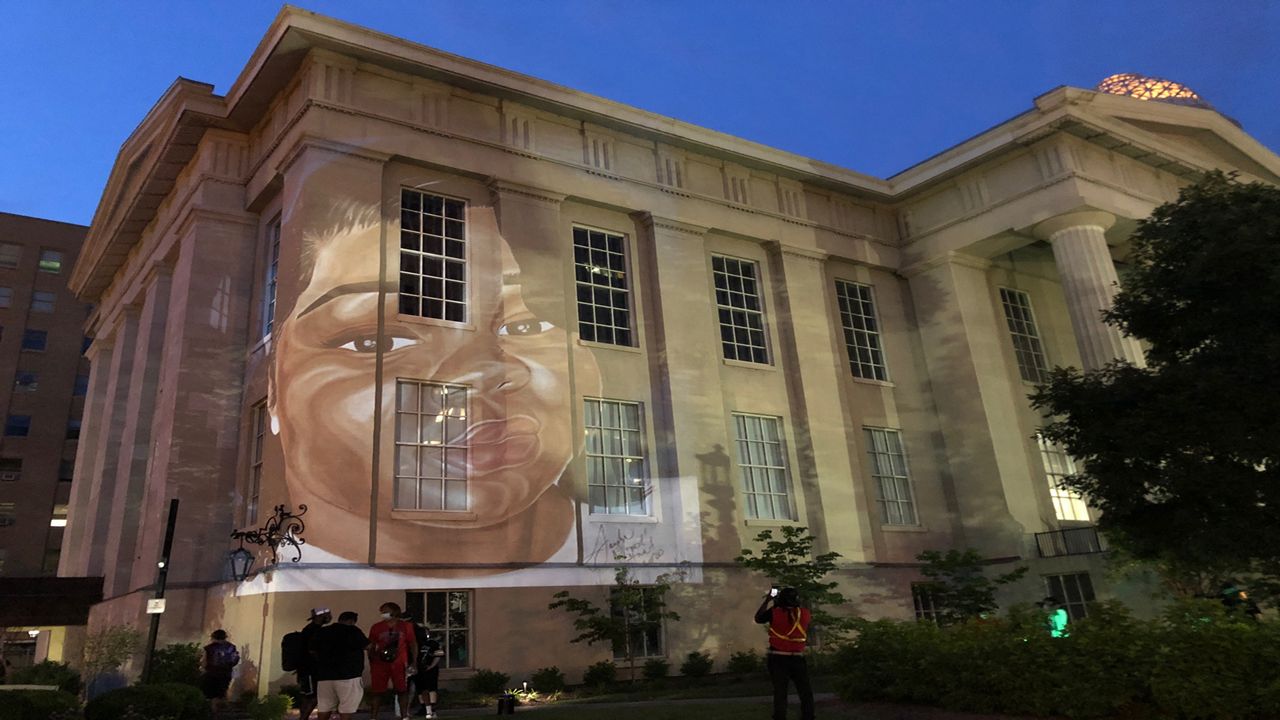 “As significant as today is, it’s only the beginning of getting full justice for Breonna,” said Palmer. “It’s time to move forward with the criminal charges because she deserves that and much more. Her beautiful spirit and personality is working through all of us on the ground, so please continue to say her name — Breonna Taylor.”

Along with the monetary settlement — among the largest ever paid out for someone killed by police — the settlement includes several police reform measures that Fischer said “are needed to prevent a tragedy like this from ever happening again.”

The reforms include a requirement that a commanding officer approves all search warrants, new programs to incentivize police officers to live where they work, and a commitment to send social workers out on calls with police officers, when appropriate.

The city will also put in place a new system to monitor officer behavior and has pledged to include random drug testing of officers in its next contract with the Fraternal Order of Police (FOP). The Louisville Metro Police Department (LMPD) declined to comment on the reforms and the River City FOP did not return a request for comment.

Lonita Baker, an attorney for Taylor’s family, said that the settlement was “non-negotiable” without police reforms.

Taylor’s family filed a wrongful death suit in late April. It accused Louisville police of failing to identify themselves before entering Taylor’s South Louisville apartment early on March 13. Taylor’s boyfriend, who later said he thought an intruder was entering the home, shot once, hitting Sergeant Jonathan Mattingly in the leg. Mattingly and two other officers — Myles Cosgrove and Brett Hankinson — then “proceeded to spray gunfire into the residence with a total disregard for the value of human life,” the lawsuit said.

The $12 million settlement is the largest the city has ever paid out, surpassing the $8.5 million paid to Edwin Chandler in 2012. Chandler served more than nine years in prison for a murder he didn’t commit. In June, former Louisville detective Mark Handy pleaded guilty to perjury for his testimony that helped convict Chandler.

In 2018, Kerry Porter was paid $7.5 million after wrongly serving 11 years in prison. In 2007, William Gregory, who was cleared of a rape conviction by DNA evidence, settled his case against the city for $3.9 million. He received an additional $700,000 from the state government.

Until Freedom, a group that has organized protests over the Taylor case in Louisville issued a statement Tuesday calling the settlement “the bare minimum.”

“No amount of money will bring back Breonna Taylor,” the statement said. “We see this settlement as the bare minimum one can give a grieving mother. Tamika Palmer, Breonna’s mom, is a warrior. She is still fighting, as are we. The city isn’t doing Ms. Palmer any favors. True justice is not served with cash settlements. We need those involved in her murder to be fired, arrested, and charged. We need accountability. We need justice.”

At the press conference Tuesday, Until Freedom co-founder Tamika Mallory said that if charges are not brought against the officers, they must be immediately fired.

The settlement of the Taylor family’s civil suit comes as a decision looms in Attorney General Daniel Cameron’s investigation into her killing. Cameron’s office declined to comment on the news of the settlement.