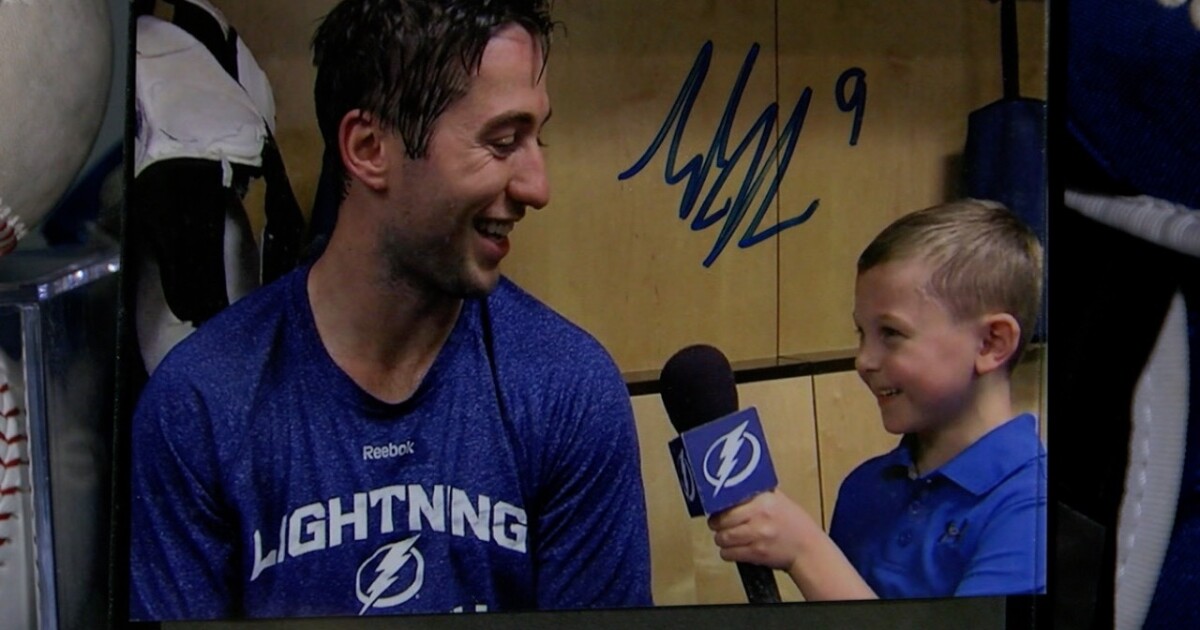 TAMPA, Fla. — Wyatt Ross is in the 6th grade and he’s already covered two NHL All-Star Games and been featured during Hockey Night in Canada.

Imagine what he’ll do when he’s old enough to shave.

“They’re a little bit shocked at how young I am. Not thinking it’s going to be a little good,” he said.

His segments went so well, the NHL Network had him report from the All-Star Game. Two years in a row.

He’s even made it on Hockey Night in Canada.

“I usually try and get some funny questions in there. Stuff they wouldn’t say in normal interviews. Things people want to know,” Wyatt said.

As you can tell from his room, hockey is Wyatt’s favorite.

But the Tampa Bay Rays recruited him too. He interviewed players at Spring Training.

COVID-19 is keeping Wyatt from doing any reporting on the Lightning’s quest for the Stanley Cup.

But he’s confident the Bolts will bring it home.

“They have a really good lineup. Stamkos is back now so I think they got a good shot at it,” Wyatt said.

During my interview with Wyatt, I paused to think of another question and he told “me to take my time.”