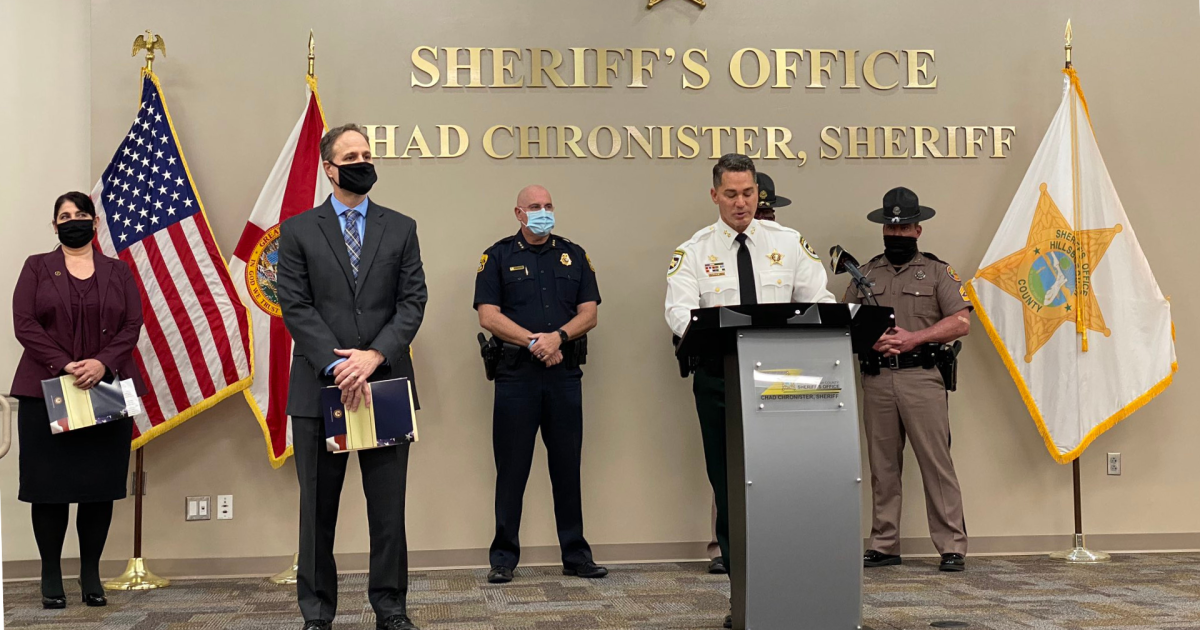 Hillsborough Sheriff Chad Chronister said several of the street-level dealers were identified after a series of overdoses in Town ‘N’ Country in late 2019. Chronister said the traffickers were lacing heroin with fentanyl.

“These traffickers showed no regard for human life when they laced heroin, a very dangerous and illegal drug in itself, with fentanyl — one of the deadliest synthetic narcotics the world has ever seen,” Chronister said.

According to the sheriff, at least one fatal overdose and more than a dozen non-fatal overdoses are linked to the laced drugs.

Specific details on the arrests and drug seizures are not being released at this time.

0 0 0 0
Previous : Lucy’s
Next : With Outgoing Superintendent, Polk School Board to Discuss Replacement, Covid